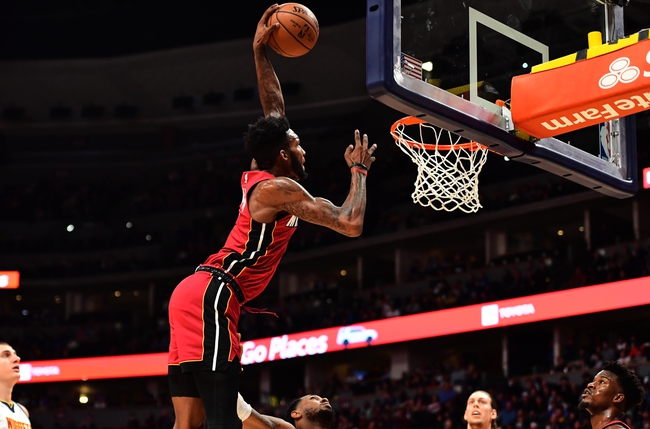 The Line: Miami Heat -3 Click Here for the Latest Odds

The Sacramento Kings and the Miami Heat meet Wednesday in NBA action from HP Field House.

Sacramento is currently sitting at 28-36 on the season. The Kings are in a three-way tie at 3.5 games back of the Grizzlies in the final playoff spot in the West. As for Miami, they’re 41-24 overall this year. The Heat hold the No. 4 playoff spot in the East, two games ahead of the fifth-place Pacers. Check back all season long for free NBA picks and NBA predictions at Pick Dawgz.

The Kings haven’t seen the postseason in a while—14 years to be exact—but they’re at least within striking distance now. It’s been an up-and-down season for Sacramento, too. The team went 0-5 in October, then 8-5 in November and 4-12 in December. At least some of that inconsistency is due to a top-heavy Western Conference, though; the top seven teams in the West have 40 wins or more.

There’s a steep climb ahead of Sacramento, that’s for sure. Adding to the frustration is the current injury of big guy Marvin Bagley, who hurt his right foot during practice over the weekend. It’s yet another injury issue in what’s been a season full of them for Bagley. He appeared in just 13 of the Kings’ 64 games before the shutdown. Bagley won't be on the court for this one though, that's for sure.

Over on the Heat side, they’re sitting pretty in relative terms. At 41-24 Miami is just 2.5 games behind the second-place Celtics. The Pacers and 76ers are just two games behind, but realistically the Heat aren’t in any danger of falling further in the standings than that. There's a good chance that Miami could even overtake Boston in the standings during this eight-game NBA restart. It's a logjam in the playoff race right now out East, that's for sure.

In even better news, Miami is fully healthy across their roster for the restart. Jimmy Butler and Andre Iguodala are ready to go, and with Jae Crowder and Solomon Hill in the mix we’ll see a new-look Heat team when they start running plays again. Bam Adebayo should also see plenty of action; he’s averaging 5.1 APG and 71.9% field goal shooting at the rim.

Pick: I like Miami, so long as the line doesn't get too ugly. I’m pretty high on the Heat for this restart. They’ve got a healthy roster, nice depth, big-name impact players and a relatively easy schedule compared to a lot of teams. It will be difficult for Sacramento to game plan here, as Miami has a few intriguing new pieces. The Heat have had the luxury of practice time to get those newer guys worked in, and that will help the players thrive. Even with the inevitable rust on all the players, I don't see Sacramento keeping up here.