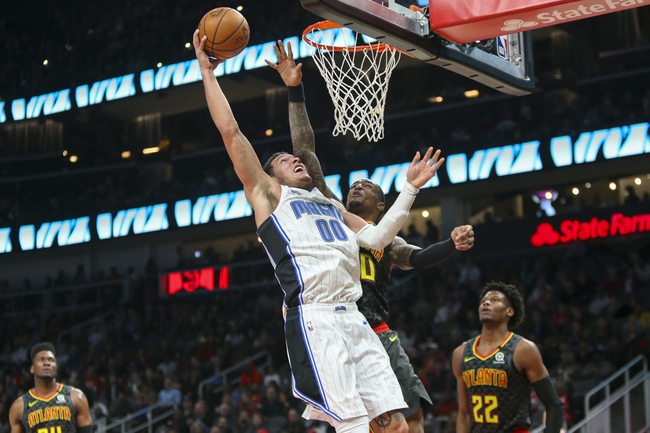 The Orlando Magic and the Los Angeles Clippers face off on Wednesday and the NBA is finally back. Although this is just an exhibition game it’s good to finally have the NBA back in motion.

The Magic currently sit with a 30-35 record and they currently sit in eighth place in the Western Conference. This is a team that wants to keep their position and make the playoffs, so having success in these exhibition games are important. Before the stoppage, the Magic had won eight of their 12 games, and their offense was really starting to pick up. The Magic look to be at full strength for this game. Players that will be leaned on heavily in this game will be D.J. Augustin, Mo Bamba, Terrence Ross, Markelle Fultz, and Nikola Vucevic.

One of the x-factors in this game and the restart could be Fultz who has found a lot of success since joining the Magic. So far this season, Fultz is averaging 12.1 points, 5.2 assists, and 3.3 rebounds per game.

The Los Angeles Clippers are on the other side of this matchup and their squad looks a bit different since the last time they played. Gone is Montrezl Harrell who had to leave the bubble because of a family emergency. In for this squad is Joakim Noah who could play a big role for this squad the rest of the season.

One thing to remember about this game is quarters will only be ten minutes.

It’s just an exhibition game so this is one that should be bet lightly, but I expect the Clippers might not play their starters a whole lot in this game. The Magic are being overlooked and they are going to find success in this game. Back the Magic to cover the spread in this game.

Get Premium Picks Start Winning Now »
The pick in this article is the opinion of the writer, not a Pick Dawgz site consensus.
Previous Pick
Golden Eagles vs. Sideline Cancer - 7/14/20 TBT Basketball Picks and Prediction
Next Pick
Washington Wizards vs. Denver Nuggets - 7/22/20 NBA Pick and Prediction