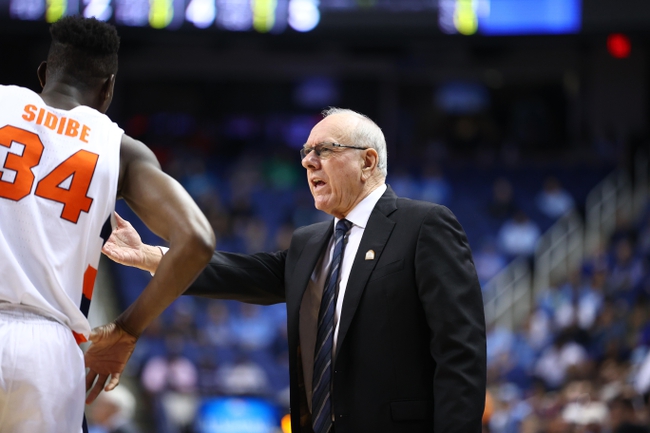 Boeheim's Army defeated Men of Mackey in the second round of the tournament by the final score of 76-69. Boeheim's Army was in control for a majority of the game, as after the first quarter ended with a tie score, the Army turned it on. Eric Devendorf was the sharpest player on the court for Boeheim's Army, as he not only was making plays for his team, but he was also finishing many of those plays as well. Guys like Malachi Richardson and Andrew White III were a little shaky at times, as the three-point shooting from Boeheim's Army was something many people were looking for in this tournament. It was mediocre at times, therefore knocking in open shots will certainly be a focal point for Boeheim's Army in this quarterfinal game.

Sideline Cancer continued its historic run, as the #22 seed earned its second upset of TBT 2020 with a victory over Challenge ALS, 76-66. Sideline Cancer star Diamond Stone did not play in this game, but luckily his team did not need him for the win. Marcus Keene was just as sharp as he was in the first round of TBT, as he will be the biggest part of Sideline Cancer for the remainder of the tournament. Sideline Cancer will now meet a Boeheim's Army that plays a very similar style game. Both teams like to move the ball around a ton, looking for that open shot behind the three-point line. I am very interested to see how Keene and Devendorf counter each other in this one.

This is going to be a great game, just as all the other remaining TBT games should be. The winner of this matchup will be defined as the team that made fewer mistakes, and with that, I have to side with the more experienced team in Boeheim's Army. I think this game will be super close, with many lead changes throughout. In the end, I think Boeheim's Army will find the win, but it would not surprise me at all if it were by a single basket.