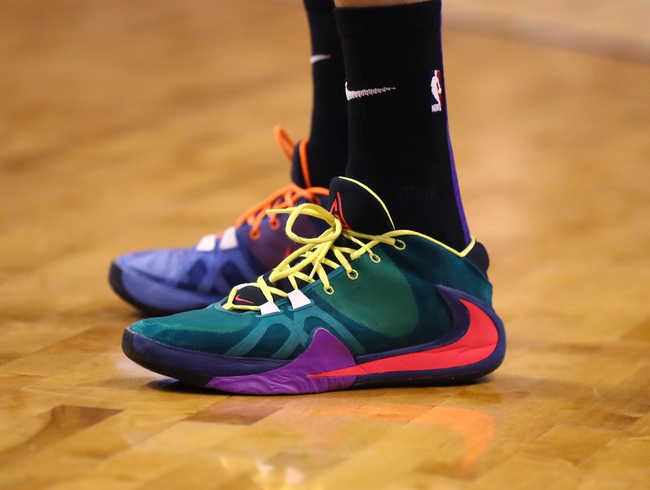 Team Challenge ALS and Sideline Cancer face off in the second round of the TBT tournament on July 7th at Nationwide Arena. The TBT Tournament is a winner take all tournament. Team Challenge ALS had a first-round bye, while Sideline Cancer had to win their first game to get this shot. Get free NBA Picks and NBA Predictions for every game at PickDawgz.

Sideline Cancer went against Team Hines in the first game and it was a hard-fought battle that went down to the final basket, literally. With the Elam ending, it was Sideline Cancer that came away with a 93-91 victory. Sideline Cancer’s goal is to win the tournament, but also raise awareness about cancer and cancer research.

In the first game of the tournament, it was Marcus Keene who was the star of the show at Central Michigan and the star of the show against for this squad. Keene had 29 points, six assists, and six rebounds. Diamond Stone who at one point looked like he would be a solid NBA player also was strong for Sideline Cancer putting up 19 points, six rebounds, and two assists. If Stone can have a big game, that should be key.

Team Challenge ALS is playing to raise awareness and contribute funds to support those affected by ALS. One thing with Team Challenge ALS is they only have seven players on the roster, so that could prove challenging if someone gets hurt, and depending on the pace, there could be some tired legs for this squad.

Tyrese Rice played his college ball at Boston College, and has played eight years overseas. Last season Rice played in the EuroLeague averaging ten points per game. The star of this team looks to be Stephaun Branch who averaged 21.1 points and 9.6 rebounds in the Finnish league.

Branch is a star for Team Challenge ALS but he isn’t going to be able to make up for the big men of the Sideline Cancer. Look for Diamond Stone to have a big game and that will be enough for Sideline Cancer to come away with the victory.