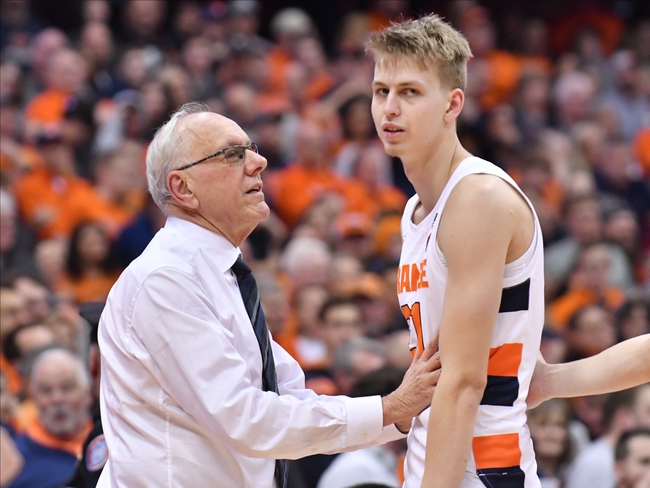 Boeheim's Army and Men of Mackey will meet on Tuesday, July 7th for a second-round match in TBT 2020. This game is scheduled for a 4:00 PM EST start time and it will be televised on ESPN. Boeheim's Army is the #3 seed in the tournament, while Men of Mackey is the #19 seed.

Boeheim's Army will be playing in its first game of TBT 2020, as the Syracuse alumni team earned a bye in the first round. Boeheim's Army looks locked and loaded for TBT, as Eric Devendorf leads the way in this Syracuse star-studded lineup. Unfortunately, Jim Boeheim does not coach this team (that would be so cool), but his legacy can be seen from player to player and coach to coach. The GM of the team is Kevin Belbey, Syracuse alum himself. The roster features players like former-NBA talent Malachi Richardson, Andrew White III, Brandon Triche, and John Gillon. Former NBA-Power Forward Tyler Lydon was also supposed to play in the tournament, but he is dealing with an injury, so he opted out. This Boeheim's Army could be the best we have seen yet, as they have been a regular in TBT for quite some time. This could finally be the Boeheim's Army team that makes a deep run in the tournament.

I like Boeheim's Army to win this game quite comfortably, as this team should not be rusty out of the gate. Boeheim's Army knows the ins and outs of its own team, therefore the chemistry should only be an asset, where for other teams it can be a con. Men of Mackey should be proud of its first-round win, but I think the cream will rise to the top in this game.