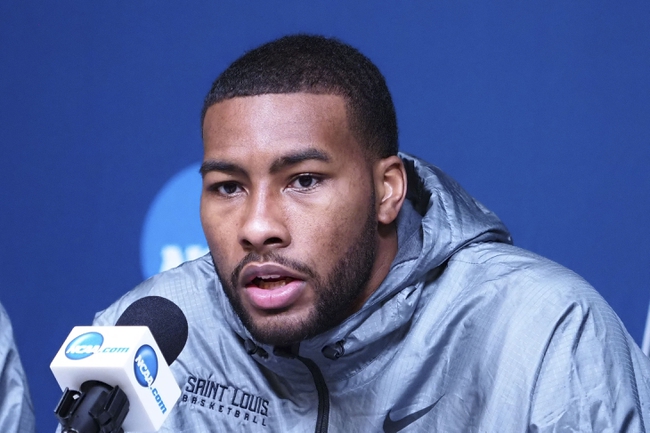 BREAKING: The Jackson TN UnderDawgz will NOT be participating in TBT 2020 as a member of the team has tested positive for COVID-19. They will be replaced with "D2". A new preview article will be posted for the game between D2 and Big X.

The Jackson TN UnderDawgz and Big X will meet in the first round of the TBT (The Basketball Tournament). The TN UnderDawgz is the 24th seed in the tournament, while Big X is the 9th seed in the tournament. This game will be the first game of the TBT, and it will be played on Saturday, July 4th. The game is scheduled for a 3:00 PM EST start time and it will be featured on ESPN. The winner of this game will play Red Scare in the second round.

This TN UnderDawgz team has lived up to its name in TBT's before, as the UnderDawgz had quite the Cinderella run last year in this tournament. This UnderDawgz team was the 8th of 8th seed in the Memphis Regional bracket, and the team went on to not only upset the #1 seed of that region (Gael Force) but also win the entire region in itself. In the quarterfinals, the UnderDawgz played the Golden Eagles and lost 79-62 to end its historic run in the TBT. This year, The UnderDawgz is not only an underdog but the lowest-seeded team in the entire bracket at 24. Jackson TN will have to turn a lot of heads yet again if they want success in this year's tournament. The roster features players like Derrick Byars from Vanderbilt, Desonta Bradford from East Tennesee State, and John Williamson from the University of Cincinnati. It is definitely not an exciting group of guys on paper, but this team is certainly exciting to watch on the floor.

This Big X team was the fourth seed in the Columbus Regional bracket a year ago, as the team was able to defeat the 5th seed West Virginia Wildcats in the first round, 83-76. The Big X's tournament dreams would end with a loss to the #1 seed and champion of the tournament Carmen's Crew, 89-75. Big X will not be content with only one win in this year's tournament, as the team looks built to perhaps make a run. There are some big names featured on the roster of Big X, including Michigan State alum Nick Ward, Michigan State/Saint Louis alum Javon Bess, and former Butler Bulldog, Kellen Dunham. This team is big, strong, and powerful, so look for the team to muscle its way to the rim for baskets.

The line has not yet been released for first-round games, so I will pick who I think will win this match and update the article when the line is out.

I have to give it to Big X in this first-round game. Although TN UnderDawgz shocked the TBT world last year, I do not see them repeating last year's magic. Big X is a strong team that can give any team ahead of them fits, so I will have them winning this game.

Ronald’s Pick Big X (Will update when line is released).

Get Premium Picks Start Winning Now »
The pick in this article is the opinion of the writer, not a PickDawgz site consensus.
Previous Pick
Wolverhampton vs. Arsenal - 7/4/20 Premier League Soccer Picks and Prediction
Next Pick
Brotherly Love vs. Stillwater Stars - 7/4/20 TBT Basketball Picks and Prediction