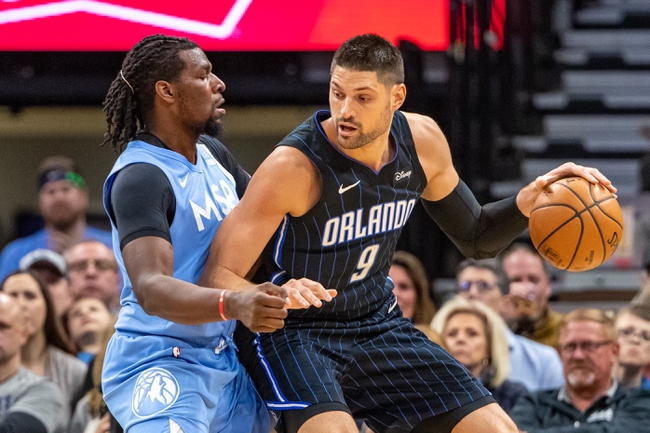 The Orlando Magic will be looking to improve their seeding in these final 8 games of the regular season.  The Magic currently sit in 2nd place in the Southeast, with a record of (30-35).  The Magic are recording over 106 points per contest, while allowing just over 107 per contest.  Orlando has been guided by Nikola Vucevic.  Let’s take a closer look at the Magic roster, upcoming games, and odds for the postseason.

Roster Breakdown: Vucevic is leading the way with 19.5 points on average, while also pulling down 11 rebounds per game, which gives the center a double-double on average.  Evan Fournier is collecting 18.8 points per contest, while dishing out 3.2 assists per contest.  Fournier is knocking down over 40 percent from behind the 3-point arch.  Aaron Gordon has been solid, as he is averaging over 14 points and 7 boards per game.  Terrance Ross has done a nice job off the bench, as he is totaling nearly 15 points per game.  Other notable players that have contributed on a consistent basis are: Markelle Fultz and Jonathan Isaac.

Help or Hurt: The Magic will essentially be hosting the playoffs, but Orlando will need to put work in, as it is not guaranteed that the Magic will be a team in the playoffs.  Depending on how you look at this, the Coronavirus break could have hurt and helped.  It hurt the Magic, as Orlando had put together 3 wins in a row, all on the road before the break happened.  The break could be beneficial, if the Magic are able to find a way into the playoffs, since the playoffs will be in Orlando.