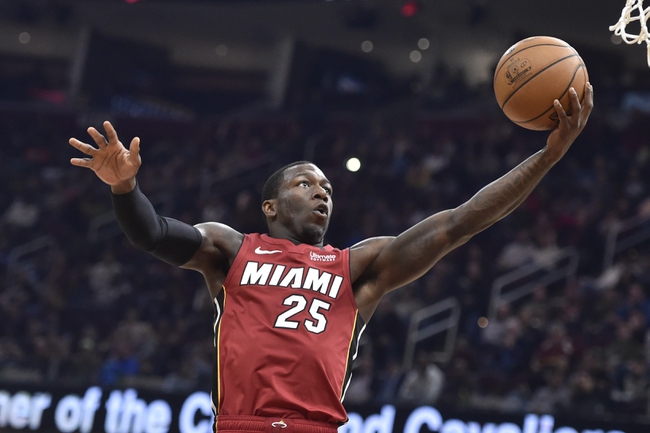 The Miami Heat are sitting comfortably atop the Southeast, as the Heat have a commanding 11 game lead over the Orlando Magic.  The Heat have a record of (41-24), with 8 games left for the regular season.  The Heat are totaling 112.2 points per game, while allowing just under 109 per contest.  Miami has been paced this season by Jimmy Butler.  Let’s take a closer look at the Heat roster, upcoming games, and postseason odds.

Roster Breakdown: Butler is leading the way on offense, averaging over 20 points per contest.  Butler is also leading the Heat in assists and steals, 6.1 and 1.7 respectively.  Bam Adebayo has been a key part to Miami’s success as well, as the power forward is recording a double-double on average.  Adebayo is totaling over 16 points and 10.5 rebounds per contest.  The Heat while being in the middle of the pact in points forwarded, still have one of the more balanced offenses.  Miami has 8 players averaging between 20 and 11 points per game.  Kendrick Nunn and Goran Dragic are both averaging over 15.5 points for the season.

Help or Hurt: This break should work to the advantage of the Heat, as Miami has seen a lot of their contributions come from their younger players.  Younger players are not used to the long 82 game season grind, therefore this break could have been rewarding and refreshing to the Heat players on the court.  While the Heat have relied on Jimmy Butler and Bam Adebayo, the young talent of Nunn, Tyler Herro, Derrick Jones Jr., and Duncan Robinson can not go unnoticed.  An area of concern will be that these games will not be played in Miami.  The Heat were excellent at home, but struggled away from home, having finished 5 games below the .500 mark on the road.

Odds: The Miami Heat have odds of +900 to win the Eastern Conference Finals and +2700 odds to win the NBA Finals Championship.  The rest of the Miami schedule is not exactly a breeze, therefore the Heat will need to show up and be ready to get to work in Orlando.  The Heat have played well this season and really have outperformed to a certain level of degree.  The Heat will be looking to roll into the postseason with momentum, but it will all come down to the Heat needing to win outside of the AmericanAirlines Arena.