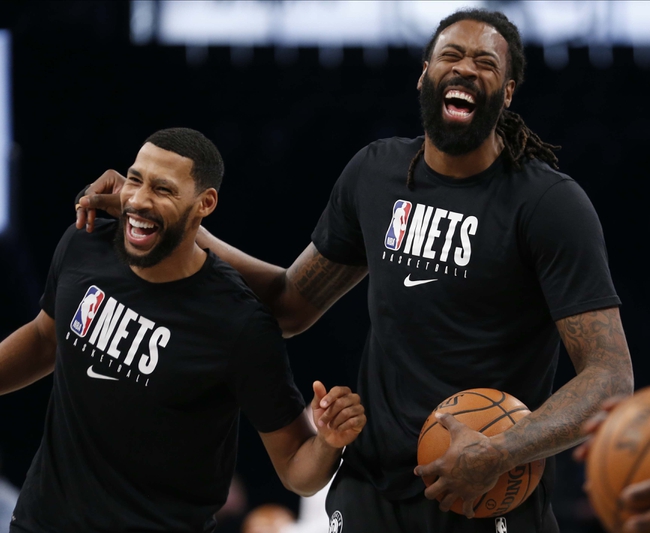 The Brooklyn Nets will be looking to improve their seeding once play resumes.  The Nets currently have a record of (30-34), while sitting in 4th place in the Atlantic.  The Nets have been decent on the offensive end, averaging nearly 111 points per game, but the defense is allowing over 111 points per contest.  Brooklyn has been led by Spencer Dinwiddie during the 19-20 campaign.  Let’s take a closer look at the Nets, as Brooklyn prepares for play to resume in the coming weeks.

Roster Breakdown: Dinwiddie is leading Brooklyn in points on average, collecting 20.6 per game.  The point guard is also leading the team in assists per game, averaging 6.8.  Caris LeVert is totaling 17.7 points per game, while Joe Harris is recording just below 14 per contest.  Harris, who is one of the better 3-point specialists in the league, is connecting on 41.2 percent from distance.  DeAndre Jordan has seen his starts diminish, but that hasn’t stopped him from still being a monster on the boards.  Jordan is averaging double figures in rebounding, while registering over 8 points per contest.  Kyrie Irving played and started 20 games before an injury, as the guard recorded 27.4 points in such games.

Help or Hurt:  Did the break help or hurt the Brooklyn Nets?  Some were hoping that this Coronavirus break would be ample amount of time for Irving to be able to suit up, but that does not look like that will happen.  Irving is not expected to be ready when play resumes.  Therefore, I believe overall this break hurt the Nets, as Brooklyn was starting to catch stride when the league was postponed.  The Nets had won 3 in a row and winners of 4 of their last 5 contests before the break.  One of those wins came against the Lakers, as that was the most recent game played, as Brooklyn won 104-102.

Odds: The Nets have been given odds of +8000 to win the Eastern Conference Finals, while being +16000 to win the NBA Finals Championship.  The Nets don’t have an easy schedule to close out the season.  There are just two teams with lower odds to win the Eastern Conference Final.  Those two teams are the Magic and Wizards, which Brooklyn has three games left against those two franchises.  It will be tough for Brooklyn to get a decent seed, but look for the Nets to give teams a challenge once the NBA is back in action.