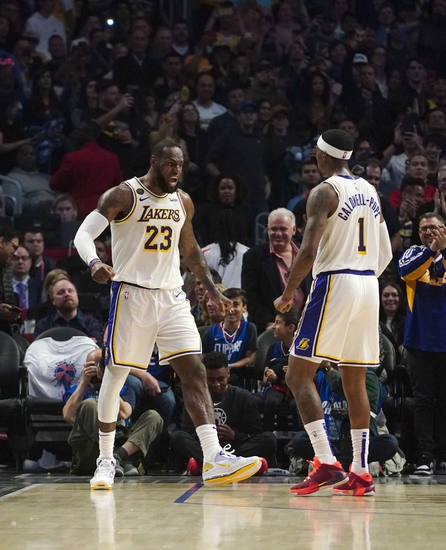 There are plenty of teams who want the NBA to restart, but is there anyone other than LeBron James of the Los Angeles Lakers who wants it to come back. James isn’t getting any younger, so each year is crucial as he tries to win a few more championships. When the season was postponed, the Lakers had a 49-14 record and first place in the Western Conference. Let’s take a closer look at the outlook for the Lakers as the NBA looks to restart.

Roster Breakdown: The stars of the Lakers are James and Anthony Davis, two guys who are going to be key if they want to come away with the title this season. Veteran Danny Green has also played a big role in the team’s success. Green is averaging 8.2 points per game. Other key players include Dwight Howard, JaVale McGee, Kentavious Caldwell Pope, Kyle Kuzma, and Danny Green. Markieff Morris was traded over right before the trade deadline and he could play a big role on the team in the 2020 playoffs. Davis and James are key, but it’s going to take a full time effort with everyone stepping up to the table to win this.

Help or Hurt: The Lakers weren’t really dealing with many injuries before the break, so this really shouldn’t have that big impact on the team. James is getting older though, and a little rest probably isn’t the worst thing with how much teams lean on him to have success. It’s only a little bit, but the break should have helped the Lakers a bit.