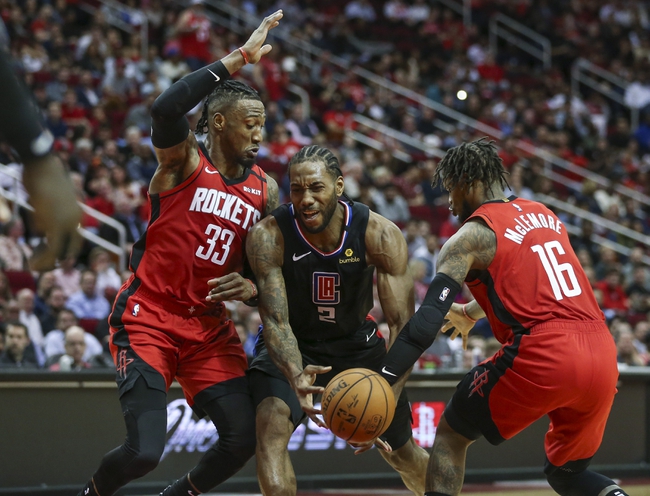 The only opponent on that schedule that the Rockets didn't record a win against is the Bucks.

Help or Hurt: I believe the break helped Houston, as the Rockets were scuffling once the virus breakout hit.  Houston had lost 4 of their last 5 contests before the season was put on hold.  The Rockets hold a 7-6 record against the remaining teams on their schedule.  The Rockets will look to use their depth down the stretch, as Houston should be able to get a pretty solid seed.

Odds: The Houston Rockets are +700 to win the Western Conference Final and are +1300 to win the NBA title.  With the Rockets having one of the more explosive offenses in the league, Houston should be able to have a solid chance for these odds to cash.  The Rockets made some mid season trades that should only help their case once postseason play arrives.  Not only did Covington joining Houston, but Jeff Green and DeMarre Carrol were also brought over to help the Rockets chances. Look for Houston to get on a roll once the season resumes.

Get Premium Picks Start Winning Now »
The pick in this article is the opinion of the writer, not a PickDawgz site consensus.
Previous Pick
Patrick Beverley vs Andre Drummond - 4/9/20 NBA 2K Players Only Tournament Picks and Prediction
Next Pick
Los Angeles Lakers: 2020 NBA Restart Prediction and Picks