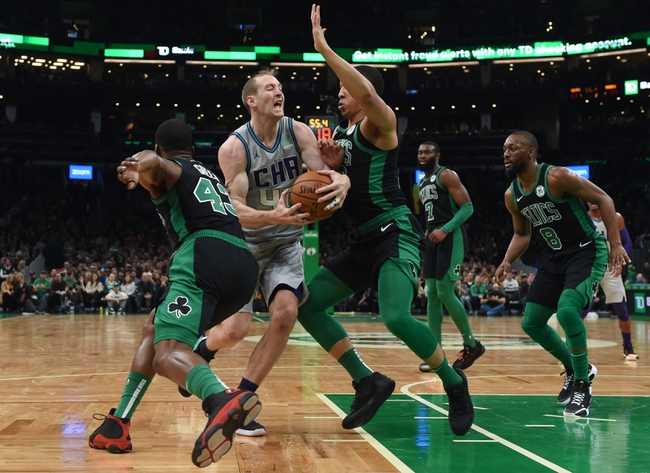 Where to Watch: NBSB, FSCR Stream live sports and exclusive originals on ESPN+. Sign up now!

The Boston Celtics pay a visit to the Charlotte Hornets at the Spectrum Center on Tuesday afternoon.

The Boston Celtics have been in great form as they’ve won nine of their past 12 games, but they are coming into this one looking to bounce back after falling to the shorthanded Raptors in a 113-97 home loss on Saturday. Kemba walker carried the offense with 30 points on 11 of 23 shooting, while Jaylen Brown chipped in with 17 points, but Jayson Tatum scored just 12 points while Gordon Hayward scored just 13 points on three of 13 shooting. As a team, the Celtics shot just 39 percent from the field and seven of 32 from the 3-point line, but the real difference between the teams was that the Raptors just looked like they wanted the win more as they crashed the boards and outrebounded the Celtics by 53-31.

Meanwhile, the Charlotte Hornets have been in a bit of a rut as they’ve lost six of their last seven games and they will be hoping to snap a five-game skid after falling to the Grizzlies in a 117-104 road loss on Sunday. Malik Monk led the team in scoring with 18 points off the bench, PJ Washington and Devonte’ Graham each scored 16 points while Terry Rozier finished with just nine points and eight assists. As a team, the Hornets shot just 43 percent from the field and nine of 31 from the 3-point line as they cut an early 20-point deficit to just eight points early in the fourth quarter, before the Grizzlies pulled away behind Brandon Clarke and Dillon Brooks. The Hornets simply needed much more from their backcourt as Graham shot just five of 18 while Rozier shot just three of eight from the field to go along with five turnovers.

The Celtics will be kicking themselves after losing at home to the Raptors who were without their best player in Pascal Siakam, but they were on fire before that loss, so I’m looking for them to bounce back against this struggling Hornets team who they beat by 119-93 back on Dec 22. The Celtics are 7-2 ATS in the last nine meetings in Charlotte and I think that trend continues as the Celtics take out their frustration on the Hornets here. 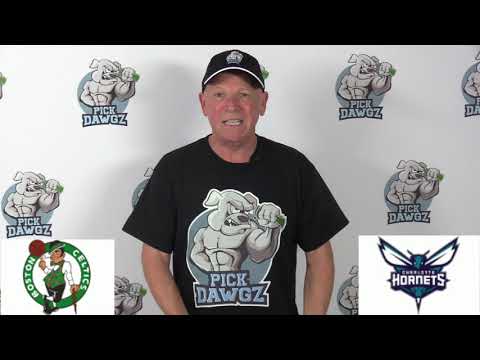