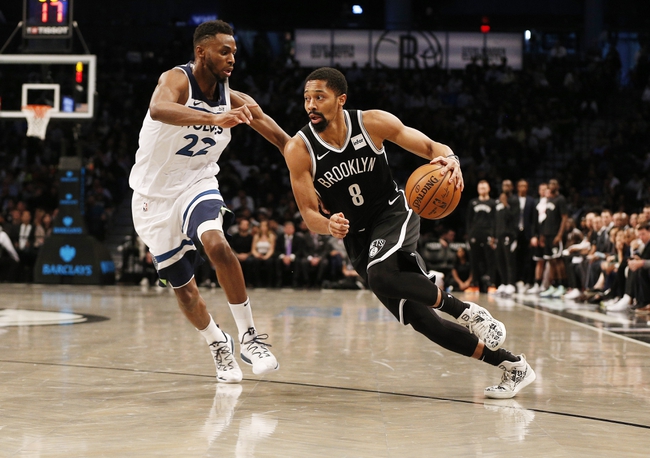 Where to Watch: YES, FSN Stream live sports and exclusive originals on ESPN+. Sign up now!

The Minnesota Timberwolves play host to the Brooklyn Nets at the Target Center on Monday night.

The Brooklyn Nets have been in a bit of a rut as they’ve lost five of their last eight games and they will be hoping to avoid a third straight defeat after falling short to the Rockets in a 108-98 road loss on Saturday. Spencer Dinwiddie led the team with 17 points and 11 assists, Taurean Prince and Jarrett Allen each scored 16 points while Joe Harris chipped in with 12 points. As a team, the Nets shot just 40 percent from the field and 11 of 39 from the 3-point line as they rallied back from an early 22-point deficit to take the lead early in the fourth quarter, only to lose by double digits as the Rockets closed the game on a 19-8 run in the final 8:03.

Meanwhile, the Minnesota Timberwolves have been in a serious slump as they’ve lost 12 of their last 13 games and they will be hoping to bounce back after falling short to the Cavaliers in a 94-88 home loss on Saturday. Jeff Teague led the team in scoring with 18 points and four assists off the bench, Kelan Martin added 17 points while Robert Covington chipped in with 14 points, seven rebounds, three assists and four steals. As a team, the Timberwolves shot just 35 percent from the field and eight of 37 from the 3-point line as they led for most of the game, until the Cavaliers rallied in the fourth quarter behind Darius Garland and Collin Sexton. Karl-Anthony Towns sat out with a knee injury while Andrew Wiggins sat out with flu-like symptoms.

Wiggins is currently listed as questionable with flu-like symptoms while Towns is questionable with a left knee sprain he aggravated back on Dec 13, so the Timberwolves could be severely shorthanded once again. The Nets know a bit about injuries as they’re also missing their two best players, but they’ve managed to keep their heads above water and will take plenty of confidence from their comeback effort against the Rockets on Saturday. This should be a close one, but the Nets are 9-4 ATS in their last 13 games against a team with a losing record and I think that trend continues here. 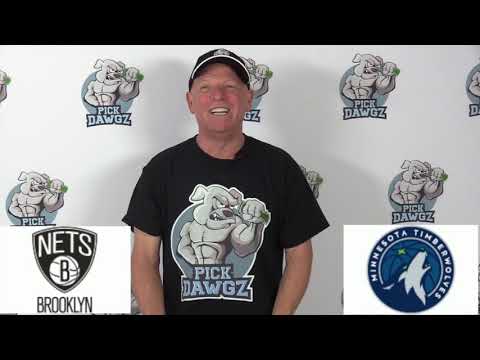