Where to Watch: FSIN Stream live sports and exclusive originals on ESPN+. Sign up now!

The Indiana Pacers pay a visit to the New Orleans Pelicans at the Smoothie King Center on Saturday night.

The Indiana Pacers have been in great shape as they have won six of their past eight games, but they will be looking to bounce back after last night’s 113-112 road loss to the Heat. Aaron Holiday led the team with 17 points and nine assists, TJ Warren and Jeremy Lamb each scored 16 points while Myles Turner chipped in with 13 points. As a team, the Pacers shot 48 percent from the field and 14 of 31 from the 3-point line as they rallied from a seven-point fourth quarter deficit to take the lead, until the Heat’s Goran Dragic drained the game-winner with 6.8 seconds remaining. Holiday had a floating jump shot to win the game, but missed as the Pacers let this one slip.

Meanwhile, the New Orleans Pelicans were struggling for most of the season, but they’ve found a bit of form and are now aiming for their fourth win in five games after pulling off the upset in a 112-100 road win at Denver on Christmas Day. Brandon Ingram drained seven 3-pointers to lead the way with 31 points, Jrue Holiday added 20 points with eight assists and six steals while Josh Hart chipped in with 16 points and nine rebounds off the bench. As a team, the Pelicans shot 45 percent from the field and a sizzling 18 of 43 from the 3-point line as they hung with the red-hot Nuggets for three tight quarters, before holding the Nuggets to just 20 points in the fourth quarter to escape with the win.

Head to head, the under is 10-3 in the last 13 meetings and the Pacers are 1-6 ATS in the last seven meetings overall.

The Pacers have been in great form, but it’s always tough to play on zero day’s rest after losing a nail-biter on the road. The Pelicans have found a bit of form lately and they will be quietly confident after upsetting the Nuggets in their own building on Christmas Day. This should be a close one, but I think the Pelicans build some more momentum with a much-needed win against a weary Pacers team. 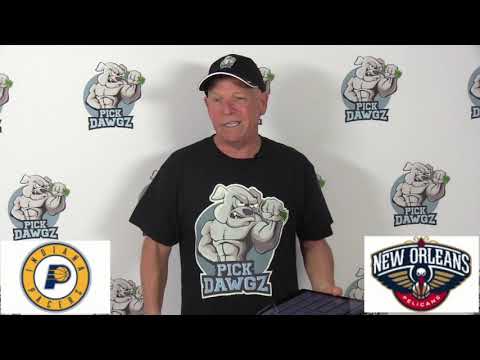