Where to Watch: YES, MSG Stream live sports and exclusive originals on ESPN+. Sign up now!

The New York Knicks pay a visit to the Brooklyn Nets at the Barclays Center on Thursday night.

The New York Knicks have been in a real slump as they’ve lost 14 of their last 17 games and they will be hoping to avoid a fourth straight defeat after falling to the Wizards in a 121-115 home loss on Monday. Julius Randle led the team with 35 points on 11 of 21 shooting, Damyean Dotson added 19 points off the bench while RJ Barrett chipped in with 18 points and four assists. As a team, the Knicks shot 47 percent from the field and 15 of 36 from the 3-point line as they stormed out of the gates to take the early lead with 37 points in the first quarter, but they couldn’t keep up that pace in the second half as the Wizards’ second unit came to life after a slow start.

Meanwhile, the Brooklyn Nets have been in pretty good shape as they’ve won six of their past nine games and they will be looking to stay hot after taking down the slumping Hawks in a 122-112 home win on Saturday. Spencer Dinwiddie led the team with 39 points on 13 of 27 shooting, Garrett Temple added 25 points while Joe Harris chipped in with 18 points. As a team, the Nets shot 46 percent from the field and 11 of 30 from the 3-point line as they as they trailed by as many as 18 points before flipping the game on its head in the fourth quarter where they outscored the Hawks by 37-14 to come away with the victory.

It’s a battle of the boroughs as the Knicks pay a visit to the Nets on Thursday and there is no surprise that the Nets have opened as favorites in this one. The Knicks haven’t had much success lately and they will be kicking themselves after falling just short to the Wizards in their last outing, while the Nets looked down and out against the Hawks on Saturday, before pulling off one of their best comeback wins of the season. The Nets also have the advantage of a couple of days extra rest, so I’m sticking with the Nets to stay hot with a win and cover here. 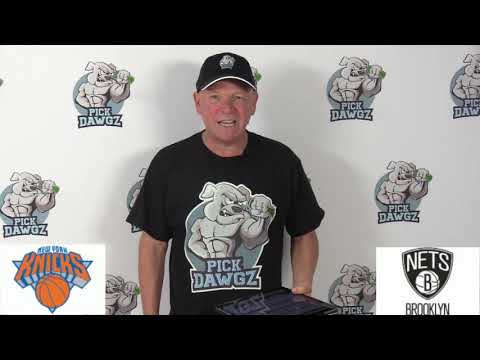