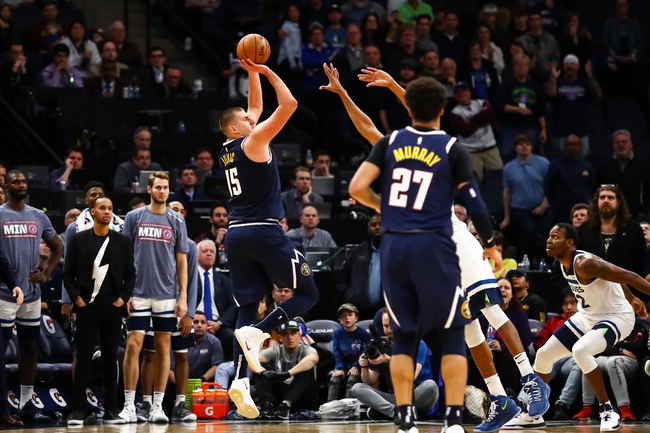 Where to Watch: ALT, FSN Stream live sports and exclusive originals on ESPN+. Sign up now!

The Minnesota Timberwolves and the Denver Nuggets duke it out at the Pepsi Center on Friday night.

The Minnesota Timberwolves have been in a serious slump as they've lost 12 of their last 15 games and they will be hoping to put an end to a seven-game skid after falling short against the Pelicans in a 107-99 home loss on Wednesday. Andrew Wiggins led the team with 27 points on nine of 23 shooting, Robert Covington added 15 points while Gorgui Dieng chipped in with 13 points. As a team, the Timberwolves shot 37 percent from the field and 10 of 39 from the 3-point line as they allowed 63 points in the first half, before rallying in the fourth quarter after falling behind by as many as 18 points. Jeff Teague finished with just five points on one of eight shooting, while Josh Okogie scored just three points on one of seven shooting.

Meanwhile, the Denver Nuggets were in a bit of trouble as they had lost five of six games, before snapping out of it with four wins on the trot after beating the Magic by 113-104 on Wednesday. Jamal Murray led the team with 33 points on 11 of 19 shooting, Nikola Jokic racked up 18 points with nine rebounds and 12 assists while Paul Millsap chipped in with a crucial 15 points with 12 rebounds. As a team, the Nuggets shot 47 percent from the field and 11 of 27 from the 3-point line as they started slow and found themselves trailing by as many as 17 points before going on an explosive 24-0 run in the third quarter. Millsap sparked the team with 10 points in the third quarter, while Jokic heated up late to flirt with another triple-double.

Head to head, the under is 4-1 in the last five meetings overall and the Timberwolves are 19-7 ATS in the last 26 meetings in Denver.

The Timberwolves have really gone ice-cold after a hot start to the season and they're running into a surging Nuggets team who are coming off their best comeback win of the season. There's always a chance of a letdown performance after a big win, but the Nuggets don't want to be digging themselves another big hole. I think the Nuggets come out swinging and pile on the Timberwolves' misery with a big win here. 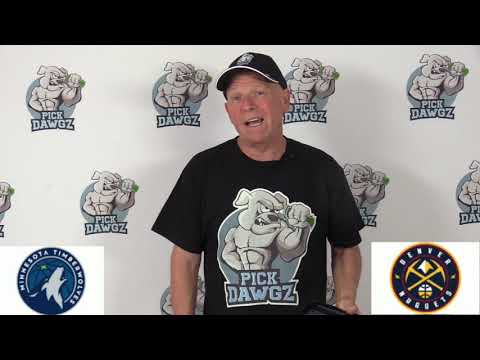