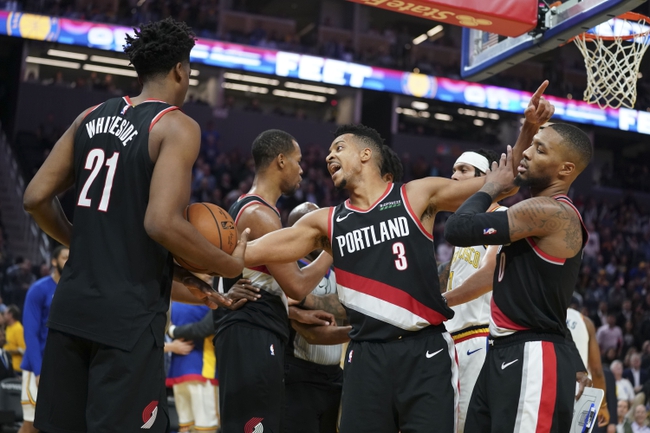 Where to Watch: NSBA, NSNW Stream live sports and exclusive originals on ESPN+. Sign up now!

The Golden State Warriors and the Portland Trailblazers do battle at the Moda Center on Wednesday night.
The Golden State Warriors have been in a serious slump as they're still stuck on five wins for the season and they will be hoping to end a four-game skid after getting routed by the Kings in a 100-79 home loss on Sunday. Willie Cauley-Stein led the team in scoring with 14 points and six steals, Damion Lee added 13 points while Alec Burks chipped in with 11 points, but no other player finished in double figures. As a team, the Warriors shot just 39 percent from the field and six of 25 from the 3-point line as they fell behind by nine points at halftime, before getting blown out in the third quarter where they managed just 17 points. D'Angelo Russell scored just eight points while Draymond Green chipped in with just seven points.
Meanwhile, the Portland Trailblazers have been in decent shape as they've won six of their past 10 games and they will be looking to build some momentum after escaping Phoenix with a 111-110 road win on Monday. CJ McCollum led the team with 30 points, seven rebounds and six assists, Damian Lillard edded 27 points with five assists while Carmelo Anthony chipped in with 23 points and three blocks on eight of 16 shooting. As a team, the Trailblazers shot 47 percent from the field and 14 of 34 from the 3-point line, but when it came down to it, the ball went to Lillard who delivered in the clutch by converting a 3-point play to give the Trailblazers the lead with just 26 seconds left.
Looking at the betting trends, the Warriors are 2-5 ATS in their last seven games against a team with a losing record, 4-1 ATS in their last five games following a loss of more than 10 points and 2-5 ATS in their last seven games overall. The Trailblazers are 22-10 ATS in their last 32 home games against a team with a road record below .400 and 1-4 ATS in their last five games overall.
Head to head, the over is 12-3 in the last 15 meetings in Portland and the Warriors are 3-1-1 ATS in the last five meetings.
The Warriors just can't buy a win these days and they are coming into this one off a bad loss to the Kings where they scored just 79 points. The Trailblazers have been a team on the rise since acquiring Anthony and they will be full of confidence after pulling out the win against the Suns on the road in their last outing. I expect the Warriors to come out firing after getting embarrassed in their last game, but it won't be enough to hang with the Trailblazers who should get it done behind big games from Lillard and McCollum. 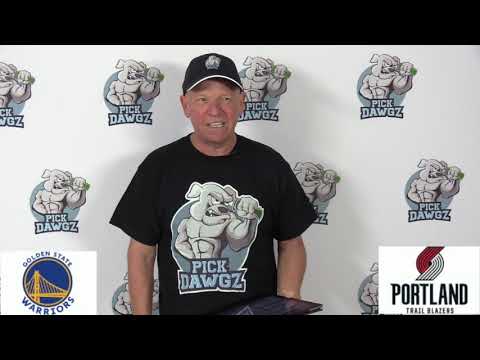