The Atlanta Hawks have been in a world of hurt as they’ve won just six of their first 27 games of the season and they will be hoping to avoid a fifth straight defeat after falling short against the Lakers in a 101-96 home loss on Sunday. Trae Young led the team with 30 points and seven assists, Jabari Parker added 12 points while Cameron Reddish chipped in with 10 points. As a team, the Hawks shot 36 percent from the field and 12 of 42 from the 3-point line, but to their credit, they were able to stay within striking distance for most of the game by holding the Lakers to just five of 31 from the 3-point line. Kevin Huerter left the game with a shoulder injury following a collision with the Lakers’ Dwight Howard and is currently listed as questionable for Tuesday.

Meanwhile, the New York Knicks have been in a slump of their own as they own an identical record, but they were aiming for a season-high third straight win before falling to the Nuggets in a 111-105 road loss on Sunday. Marcus Morris Sr. led the team in scoring with 22 points on eight of 18 shooting, Julius Randle added 20 points with nine rebounds while Frank Ntilikina chipped in with 13 points and four assists. As a team, the Knicks shot 46 percent from the field and eight of 32 from the 3-point line as they rallied in the third quarter to get themselves back into the game after falling behind by 67-51 going into halftime, but they fell just short as Nikola Jokic dragged the Nuggets over the line with 11 points in the fourth quarter.

Head to head, the under is 4-1 in the last five meetings and the Hawks are 4-9 ATS in the last 13 meetings overall.

Two of the league’s worst teams collide in this one as the struggling Hawks pay a visit to the hapless Knicks. Young has continued to put up big numbers on a nightly basis, but they’re just not converting into wins as the Hawks haven’t been able to make up for the loss of the suspended John Collins who won’t be eligible until Dec. 23. The Knicks have looked like a complete mess at times this season, but they’re starting to pick up some momentum now with road wins over the Warriors and the Kings before falling just short against the Nuggets. With that being said, the Knicks are 4-1 ATS in their last five games overall and I think they can get another much-needed win here. 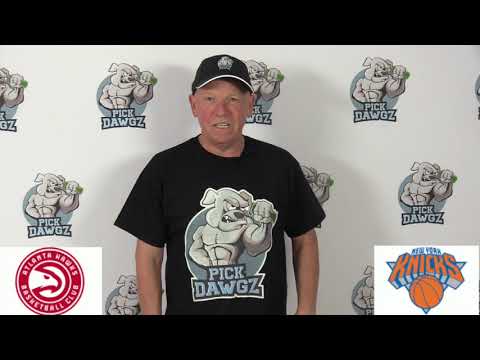