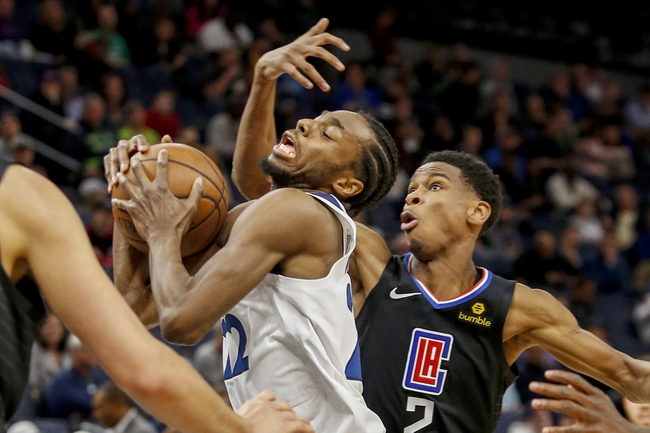 The Los Angeles Clippers pay a visit to the Minnesota Timberwolves at the Target Center on Friday night.

The Los Angeles Clippers have been in great form as they’ve reeled off 12 wins in their last 14 games and they will be gunning for a fourth straight win after blowing past the Raptors in a 112-92 road win on Wednesday. Kawhi Leonard led the team with 23 points and six assists, Lou Williams added 18 points with eight assists off the bench while Maurice Harkless chipped in with 14 points. As a team, the Clippers shot 44 percent from the field and 12 of 40 from the 3-point line as they cruised in the second half after taking control of the game with a dominant 37-14 second quarter. Paul George finished with just 13 points on three of 14 shooting while Montrezl Harrell scored just 10 points on three of nine shooting, but the Clippers were never in danger.

Meanwhile, the Minnesota Timberwolves have really fallen off the pace lately as they’ve lost 10 of their last 13 games and they will be hoping to snap a six-game skid after falling to the Jazz in a 127-116 home loss on Wednesday. Jeff Teague led the team with 32 points and six assists off the bench, Andrew Wiggins added 26 points on 11 of 23 shooting while Karl-Anthony Towns chipped in with 21 points, 11 rebounds and three assists. As a team, the Timberwolves shot 44 percent from the field and 15 of 41 from the 3-point line as they trailed by just one point at halftime, but the third quarter was their downfall as the Jazz outscored them by 38-24 to take all the momentum going into the fourth.

Head to head, the over is 6-1 in the last seven meetings overall and the Clippers are 12-4-1 ATS in the last 17 meetings in Minnesota.

The Clippers have been on a nice run lately with 12 wins in their last 14 games and they are coming into this one full of confidence after routing the red-hot Raptors in their own building. The Timberwolves have going through a downward spiral and they are just 0-6 ATS in their last six home games. The Clippers have been below par on the road but they are 12-4-1 ATS in the last 17 meetings in Minnesota and I think that trend continues here as the Clippers stay hot with a comfortable win against the slumping Timberwolves. 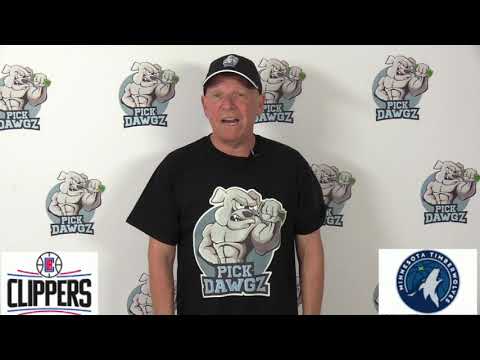