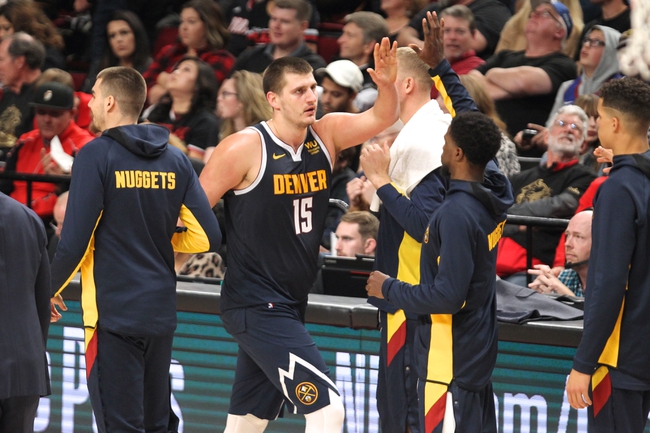 The Denver Nuggets play host to the Portland Trailblazers at the Pepsi Center on Thursday night.
The Portland Trailblazers have been in decent form as they've won five of their last eight games and they will be looking to build some momentum after blowing past the Knicks in a 115-87 home win on Tuesday. Damian Lillard led the team with 31 points and six assists, Hassan Whiteside added 17 points with 15 rebounds and five blocks while Carmelo Anthony chipped in with 16 points on five of 13 shooting. As a team, the Trailblazers shot 43 percent from the field and 17 of 41 from the 3-point line as they shot out to a 19-point lead at halftime before cruising in the second half which allowed them to rest their starters early.
Meanwhile, the Denver Nuggets won 13 of their first 16 games of the season, but have since cooled off with five losses in their last six games after falling to the 76ers in a 97-92 road loss on Tuesday. Will Barton led the team with 26 points, seven rebounds and seven assists, Nikola Jokic racked up 15 points with seven rebounds and 11 assists while Gary Harris chipped in with 14 points and five assists. As a team, the Nuggets shot 43 percent from the field and seven of 27 from the 3-point line but they just couldn't find enough scoring to get them over the hump despite holding the 76ers to just two points in the final 4:08 of the fourth quarter.
Looking at the betting trends, the Trailblazers are 3-7 ATS in their last 10 road games, 1-4-1 ATS in their last six games against a team with a winning record and 2-7 ATS in their last nine games following a win of more than 10 points. The Nuggets are 4-1 ATS in their last five games against a team with a losing record, 3-1-1 ATS in their last five games playing on one day's rest and 1-4-1 ATS in their last six games overall.
Head to head, the over is 9-3 in the last 12 meetings and the Trailblazers are 4-10-1 ATS in the last 15 meetings.
The Trailblazers will be coming into this one fresh and full of confidence after destroying the lowly Knicks in their last outing, while the Nuggets will be hoping to avoid a fourth straight defeat after falling short to the red-hot 76ers. I'm tempted to take the Trailblazers with the points, but they're just so short at the center position and they are only 4-10-1 ATS in the last 15 meetings. With that being said, the Nuggets have been far from convincing, but I think they snap out of their funk with a much-needed win here. 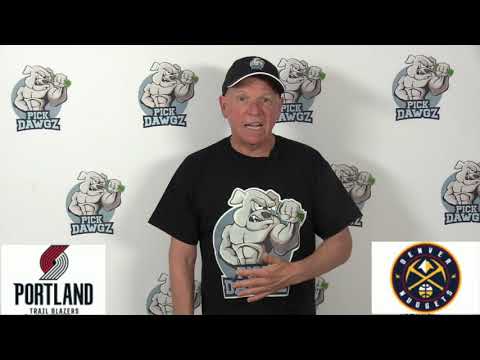