The Los Angeles Clippers and the Toronto Raptors collide at the Scotiabank Arena on Wednesday night.

The Los Angeles Clippers have been on a tear lately as they’ve won 11 of their past 13 games and they will be aiming for a third straight victory after taking down the Pacers in a 110-99 road win on Monday. Paul George drained seven 3-pointers on his way to a game-high 36 points with nine rebounds and five assists, Montrezl Harrell added 26 points and eight rebounds off the bench while Patrick Beverley racked up 11 points with 12 rebounds, five assists and three steals. As a team, the Clippers shot just 40 percent from the field and 10 of 32 from the 3-point line as they dominated the Pacers and led by as many as 19 points early in the third quarter before holding off a fourth quarter from the Pacers. Kawhi Leonard was rested on Monday but is expected to return to the lineup on Wednesday.

Meanwhile, the Toronto Raptors have won eight of their past 11 games and they were able to arrest a three-game slide with a 93-92 road win at Chicago on Monday. Pascal Siakam led the team in scoring with 22 pints on seven of 18 shooting, Norman Powell added 17 points while Kyle Lowry and Serge Ibaka each scored 11 points. As a team, the Raptors shot just 37 percent from the field and seven of 29 from the 3-point line as they escaped Chicago with the narrowest of wins in a game where they never led by more than six points. Fred VanVleet sat out the game with a knee injury and is currently considered questionable for Wednesday.

The news from Toronto is that Kawhi Leonard will have his own ring ceremony in his first game against his former team which could act as a bit of a distraction. The Clippers will want to continue their strong form with another win over a playoff-bound opponent, but the Raptors are almost back all full strength and they’ve won nine of 11 home games this season. This one could go either way, but the Clippers are 2-8 ATS in the last 10 meetings in Toronto and I think the Raptors can get the win in front of a packed house. 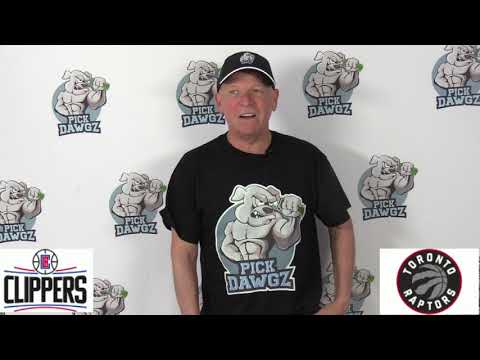