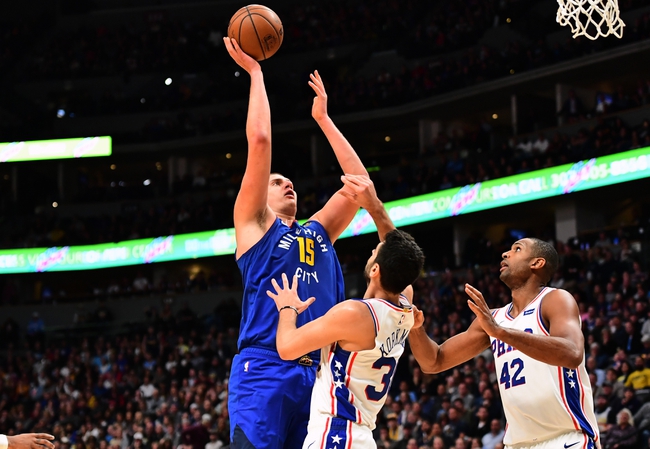 The Denver Nuggets pay a visit to the Philadelphia 76ers at the Wells Fargo Center on Tuesday night.

The Denver Nuggets have hit a bit of a speed bump as they’ve lost four of their last five games and they will be hoping to avoid a third straight defeat after falling to the Nets in a 105-102 road loss on Sunday. Nikola Jokic led the team with 24 points, 11 rebounds and six assists, Jamal Murray added 21 points with five assists while Jerami Grant chipped in with 15 points off the bench, but no other player finished in double figures. As a team, the Nuggets shot just 40 percent from the field and 18 of 42 from the 3-point line as they battled in a tight contest to lead by one point in the final 30 seconds until the very next possession where the Nets stole the lead back thanks to Spencer Dinwiddie. With the loss, Denver fell to 14-7 overall and 6-4 on the road.

Meanwhile, the Philadelphia 76ers have been in great form as they’ve reeled off 10 wins in their last 12 outings and they will be aiming for a third straight victory after sneaking past the Raptors in a 110-104 home win on Sunday. Tobias Harris led the team in scoring with 26 points on 10 of 22 shooting, Matisse Thybulle drained five 3-pointers to finish with 20 points off the bench, while Ben Simmons racked up 16 points with 11 rebounds and nine assists. As a team, the 76ers shot 50 percent from the field and 14 of 32 from the 3-point line as they dominated the Raptors for most of the game to lead by as many as 21 points late in the third quarter, before the Raptors rallied in the fourth quarter to keep the final scores respectable.

The Nuggets were finding ways to win despite a stuttering offense, but they’re suddenly in need of a feel-good win as they just haven’t been getting the support from their younger players lately. Conversely, the 76ers have been on a tear lately and they will be looking to stay hot at home where they are still undefeated after 12 games. The Nuggets are 1-5 ATS in the last six meetings and I think that trend continues here as the 76ers stay perfect at home. 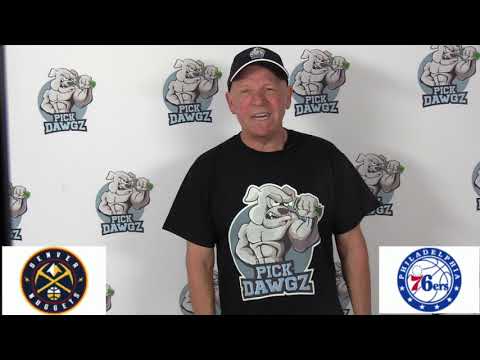