Where to Watch: NBCH, SUN Stream live sports and exclusive originals on ESPN+. Sign up now!

The Miami Heat play host to the Chicago Bulls at the American Airlines Arena on Sunday night.

The Chicago Bulls have been in a slump as they have lost five of their last eight games and they were aiming for a third straight victory before getting stopped by the struggling Warriors in a 100-98 home loss on Friday. Zach LaVine led the team with 22 points with six rebounds and six assists, Lauri Markkanen added 20 points on eight of 17 shooting while Coby White chipped in with 14 points off the bench. As a team, the Bulls shot 44 percent from the field and 17 of 41 from the 3-point line as they opened the fourth quarter with a 3-pointer to take a nine-point lead, but the Warriors outscored them by 23-12 the rest of the quarter to steal the game.

Meanwhile, the Miami Heat have been in great form lately as they've won four of their last five games and they will be looking to stay hot after outlasting a pesky Wizards team in a 112-103 home win on Friday. Jimmy Butler led the team with a triple-double of 28 points with 11 rebounds and 11 assists, Bam Adebayo racked up a career-high 24 points with 14 rebounds and four assists while Tyler Herro provided the spark off the bench with 22 points on 10 of 18 shooting. As a team, the Heat shot 48 percent from the field and 10 of 28 from the 3-point line but they won this one with their defense as they held the Wizards to just 51 points in the second half after allowing 65 points in the first half.

The Bulls were building some momentum with a couple of wins on the trot, but their season just hit a new low as they're coming into this one off a tough loss to the struggling Warriors. The Heat have been one of the most consistent teams in the league all season, especially at home where they have won all nine games, while covering in eight of those games. Goran Dragic remains out for the Heat with a groin injury while Adebayo is currently listed as questionable. The Heat could be severely shorthanded for this one, but I still think they have enough depth to take care of business against this slumping Bulls team. 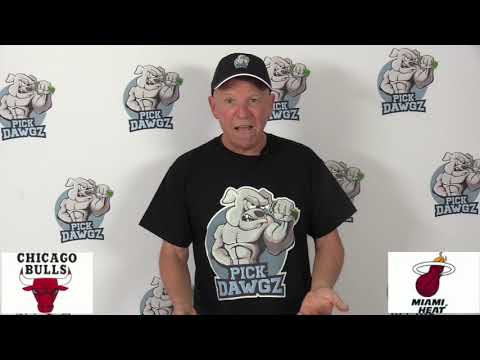