Where to Watch: PT, FSWI Stream live sports and exclusive originals on ESPN+. Sign up now!

The Los Angeles Clippers and Milwaukee Bucks meet Friday in NBA action at the Fiserv Forum.

The Los Angeles Clippers have had their fair share of struggles of the road, losing five of their last seven and being outscored by an average of 1.3 points. The Milwaukee Bucks are on one of those stretches they enjoyed last season, winning 13 straight games and they're winning at home by an average of 15.1 points while allowing just 42 percent shooting. The Bucks should be favored, but we're getting free points with the Los Angeles Clippers, the current favorites to win the NBA title. You're not going to get spots like this often. I'll take advantage of it. Give me the Clippers and the free bucket. 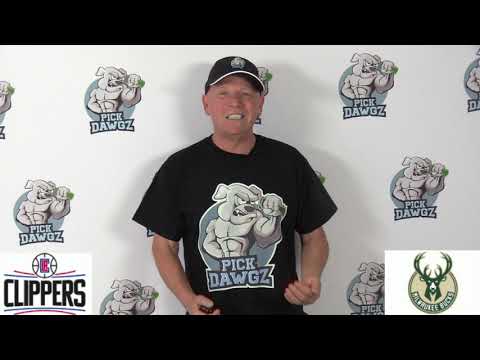