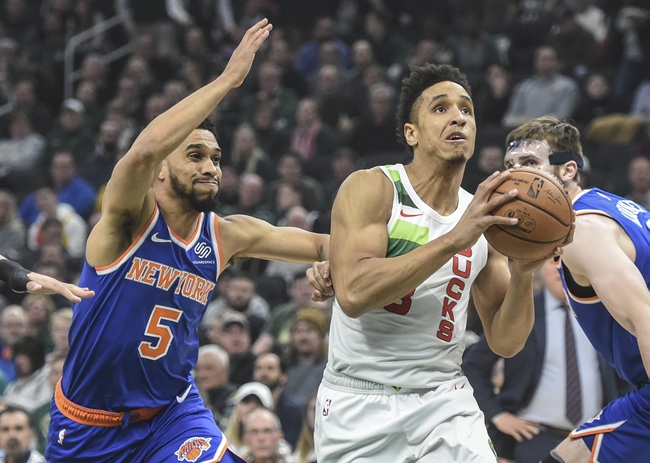 The Milwaukee Bucks play host to the struggling New York Knicks at the Fiserv Forum on Monday night.

The New York Knicks have been in a world of hurt lately as they've lost seven of their past eight games and they will be hoping to snap a six-game losing streak after falling to the Celtics in a 113-104 home loss on Sunday. Julius Randle led the team with 26 points on eight of 16 shooting, Dennis Smith Jr. added 17 points with seven assists off the bench while RJ Barrett chipped in with 16 points. As a team, the Knicks shot 46 percent from the field and eight of 26 from the 3-point line as they really took it to the Celtics to take the lead going into the fourth quarter where they were outscored by 32-19. Meanwhile, the Milwaukee Bucks have been sitting atop the Eastern Conference standings and they will be gunning for a 12th straight victory after making light work of the Hornets in a 137-96 home win on Saturday. Giannis Antetokoummpo led the team with 26 points, nine rebounds and four assists, Khris Middleton added 15 points, Wesley Matthews scored 14 points while Eric Bledsoe finished with two points and 10 assists. As a team, the Bucks shot a healthy 56 percent from the field and 20 of 44 from the 3-point line as they took a 17-point lead into halftime, before making it a complete blowout in a ruthless second half where they scored 71 points.

The Knicks have been a mess for as long as I can remember, but to be fair, they did put up a great fight against a red-hot Celtics team in their last outing. However, the Bucks have simply been on a tear lately, especially at home where they've won eight of nine so far. I expect the Knicks to come out swinging in this one, but once again it won't be enough as the Bucks fuel off their turnovers and the home crowd to another blowout win.