The Cleveland Cavaliers pay a visit to Madison Square Garden to battle the New York Knicks on Sunday night.

The Cleveland Cavaliers have endured a rough start to the season as they've lost five of their first eight games but they will be looking to build on Friday's 113-100 road win at Washington. Tristan Thompson continued his strong start to the season with 21 points, 12 rebounds and three assists, Collin Sexton and Kevin Love each scored 16 points while Darius Garland chipped in with 15 points and six assists. As a team, the Cavaliers shot 45 percent from the field and a miserly six of 27 from the 3-point line as they poured on 67 points in the first half, before holding the Wizards to just 16 points in the fourth quarter where they ran away with the much-needed win. 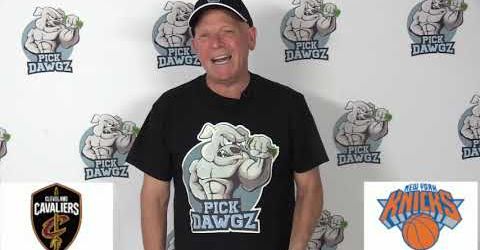 Meanwhile, the New York Knicks have been in a real slump as they've lost seven of their first nine games but they will be breathing a sigh of relief after snapping a four-game skid with a 106-102 upset win at Dallas on Friday. Marcus Morris led the team in scoring with a season-high 29 points on 10 of 22 shooting, Julius Randle added 21 points with eight rebounds and four assists while Frank Ntilikina chipped in with 14 points. As a team, the Knicks shot just 41 percent from the field but a healthy 14 of 28 from the 3-point line as they overcame a triple-double game from the Mavericks' Luka Doncic to escape with the win.

It's hard to know what to make of the Cavaliers so far as they've been unimpressive, but not terrible as they're coming into this one fresh off a big win over the Wizards. You could say the same for the Knicks who were struggling mightily until upsetting the Mavericks on Friday. The Cavaliers are 4-1 ATS in the last five meetings, but I was impressed with the play of the Knicks in their last outing and I think they can build on that with another win here.