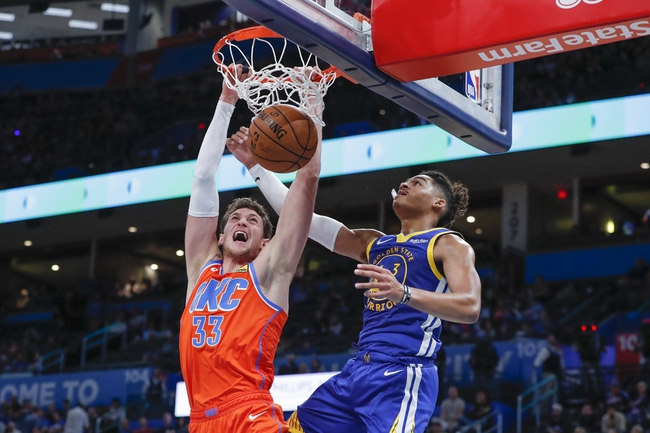 The Golden State Warriors are going to have their hands full considering they're already limited due to injuries and are coming off an overtime game last night. We could see some tired legs for this one. With that said, the Oklahoma City Thunder shouldn't be double-digit favorites to anybody, as they're very inconsistent offensively and rely on their defense to grind games out. OKC did already beat up on the Warriors this season, but I'm not comfortable laying these type of numbers with a Thunder team that lacks go-to scorers to pull away. Give me the points.