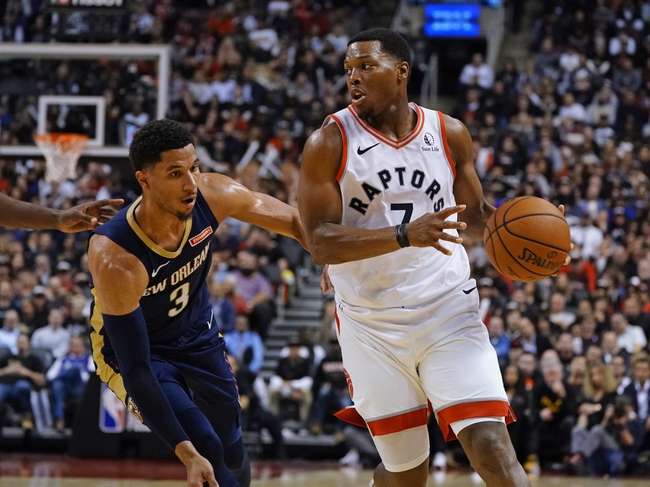 The New Orleans Pelicans play host to the Toronto Raptors at the Smoothie King Center on Friday night.

The Toronto Raptors have been one of the hottest teams at this early stage of the season and they will be looking to stay hot after sneaking past the Kings in a 124-120 home win on Wednesday. Kyle Lowry led the team with 24 points and six assists, Pascal Siakam added 23 points with 13 rebounds and five assists, while Serge Ibaka chipped in with 21 points on nine of 16 shooting off the bench. As a team, the Raptors shot a sizzling 55 percent from the field and 14 of 29 from the 3-point line as they jumped out to a 13-point lead in the first quarter and held it till the end despite a late rally from the Kings who shot 20 of 44 from the 3-point line.

Meanwhile, the New Orleans Pelicans would take any win they could get as they’ve now lost six of their first seven games after falling to the Nets in a 135-125 road loss on Monday. Brandon Ingram exploded for 40 points on 17 of 24 shooting, Lonzo Ball and Jrue Holiday each scored 15 points while Josh Hart chipped in with 14 points and four steals. As a team, the Pelicans shot 49 percent from the field and 13 of 32 from the 3-point line as they trailed by 17 points at halftime, before rallying back into the contest with a 48-point third quarter. However, it wasn’t enough to get past the Nets who were led by 39 points from Kyrie Irving.

The Pelicans looked great in their inspiring upset win over the Nuggets a week ago, but they haven’t been able to replicate that performance as their last two games have resulted in double-digit road losses. The Raptors have been one of the form teams of the league from opening night, they are 14-5-1 ATS in the last 20 meetings and 15-2 ATS in the last 17 meetings in New Orleans. With that being said, I’m sticking with the Raptors to stay hot with a narrow win and cover here against a Pelicans team struggling for consistency.