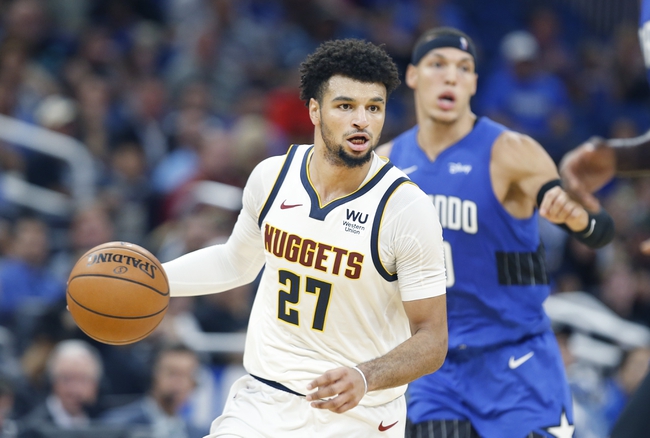 The Philadelphia 76ers pay a visit to the Denver Nuggets at the Pepsi Center on Friday night.

The Philadelphia 76ers hit the ground running with five straight wins, but they’ve since cooled off and are now looking to bounce back after falling to the Jazz in a 106-104 road loss on Wednesday. Joel Embiid led the team with 27 points, 16 rebounds and three assists, Josh Richardson added 24 points with four assists while Tobias Harris chipped in with 16 points. As a team, the 76ers shot just 41 percent from the field and eight of 25 from the 3-point line as they rallied back from an 11-point fourth quarter deficit only to fall just short as they managed just one point in the final two minutes of the game. To make matters worse, Ben Simmons suffered a shoulder sprain and is expected to be out for Friday’s game.

Meanwhile, the Denver Nuggets have been building some momentum with five wins in their first seven games and they will be aiming for a third straight victory after blowing past the Heat in a 109-89 home win on Tuesday. Jamal Murray led the team with 21 points and four assists, Will Barton and Jerami Grant each scored 15 points while Paul Millsap chipped in with 10 points. Nikola Jokic finished with just nine points and five assists as he battled foul trouble, but he was hardly needed as the Nuggets were never in danger after taking after blowing out the lead to 20 points in the third quarter.

The 76ers have been one of the form teams of the league, but they’ve cooled off with consecutive losses and are now having to deal with the loss of Simmons who is dealing with a shoulder sprain. The Nuggets haven’t quite been at their best to start the season, but they dominated the Heat in their last outing and they will be well rested  as they haven’t played since Tuesday. This should be a close one, but I’m taking the Nuggets to stay hot with a win and cover at home while the 76ers are shorthanded.