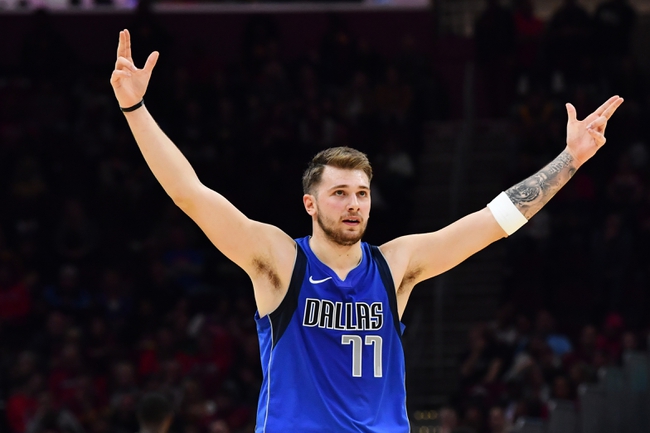 The New York Knicks and the Dallas Mavericks do battle at the American Airlines Center on Friday night.

The New York Knicks have endured a rough start to the season as they’ve won just one of their first eight games and they will be hoping to avoid a fifth straight defeat after getting blown out by the Pistons in a 122-102 road loss on Wednesday. Julius Randle led the team with 20 points on eight of 15 shooting, Marcus Morris added 18 points while RJ Barrett chipped in with 15 points, six rebounds and eight assists. As a team, the Knicks shot 48 percent from the field and 11 of 25 from the 3-point line as they poured in 34 points in the second quarter to hang in the contest at halftime. However, the Knicks couldn’t keep up in the second half where the Pistons got hot and outscored them by 62-43.

Meanwhile, the Dallas Mavericks have been in great form as they’ve won five of their first seven games of the season and they will be hoping to earn a third straight victory after sneaking past the Magic in a thrilling 107-106 home win on Wednesday. Luka Doncic led the team with 27 points, seven rebounds and seven assists, Maxi Kleber added 14 points while Dwight Powell chipped in with 12 points. As a team, the Mavericks shot 42 percent from the field and 11 of 31 from the 3-point line, but they won this game with defense as they drew two offensive charges against the Magic in the final minute with the game on the line.

The Knicks have just one win on the season and they’ve lost their last two games by combined 41 points, so there isn’t much to be optimistic about. The Mavericks are currently one of the hottest teams in the league with Doncic becoming a regular triple-double threat, but this game is going to be about Kristaps Porzingis facing his former team for the first time in Dallas. The Knicks are 5-1 ATS in the last six meetings in Dallas, but with the Mavericks rolling and Porzingis playing against his old squad, I’m sticking with the Mavericks to get the win and cover here for their big man.