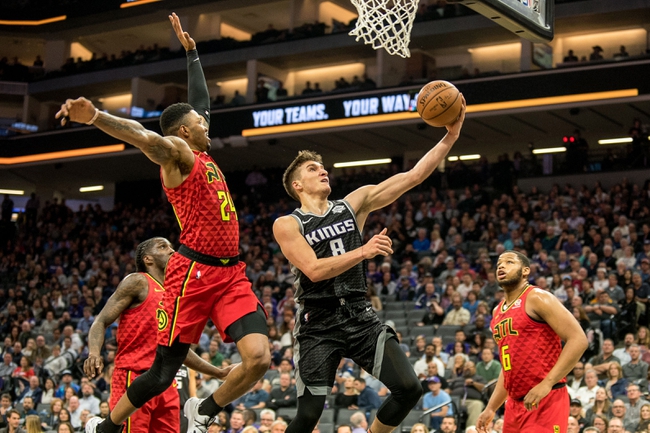 The Sacramento Kings pay a visit to the shorthanded Atlanta Hawks at the State Farm Arena on Friday night.

The Sacramento Kings will be looking to bounce back after having their two-game win streak snapped by the Raptors in a 124-120 road loss on Wednesday. Harrison Barnes led the team with 26 points and four assists, Bogdan Bogdanovic drained six 3-pointers on his way to 22 points off the bench while Buddy Hield scored 21 points. As a team, the Kings shot 44 percent from the field and 20 of 44 from the 3-point line as they trailed for most of the game by double-digits before falling just short. De’Aaron Fox had a nice game of 17 points with seven rebounds and nine assists, but he committed seven turnovers which hurt the Kings down the stretch.

Meanwhile, the Atlanta Hawks have lost four of their last five games and they will be hoping to bounce back after getting blown out by the struggling Bulls in a 113-93 home loss on Wednesday. Jabari Parker led the team in scoring with 18 points, Vince Carter added 14 points off the bench while Trae Young chipped in with just nine points on three of 12 shooting. As a team, the Hawks shot just 40 percent from the field and six of 30 from the 3-point line, but with the recent suspension of John Collins, the Hawks came out flat and never threatened after falling behind by double-digits in the first quarter.

The Kings started their season with a five-game skid, but they were building a bit of momentum with a couple of wins on the trot before the Raptors halted their momentum. The Hawks jumped out of the gates at the start of the season, but they’ve been dealt a harsh blow as they’ll be without their second best player in John Collins. The Kings are 1-6 ATS in the last seven meetings in Atlanta, but with the Hawks so shorthanded, I think the Kings escape with the narrow win here.