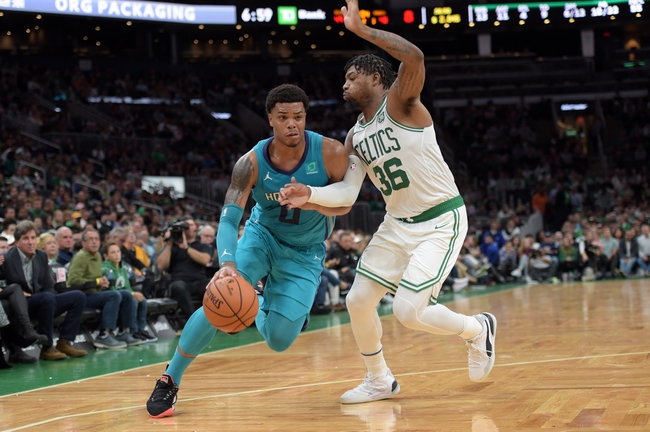 Where to Watch: TNT, NBSB Stream live sports and exclusive originals on ESPN+. Sign up now!

The Charlotte Hornets play host to the Boston Celtics at the Spectrum Center on Thursday night.

The Boston Celtics have been in great form to start the season as they will be aiming for a sixth straight win after sneaking past the Cavaliers in a 119-113 road win on Tuesday. Gordon Hayward broke out for a career-high 39 points with seven rebounds and eight assists on 17 of 20 shooting, Kemba Walker added 25 points while Jayson Tatum chipped in with 18 points. As a team, the Celtics shot a healthy 56 percent from the field and 12 of 30 from the 3-point line, but the pesky Cavaliers just wouldn't go away so the Celtics still had to scrap right till the end.

Meanwhile, the Charlotte Hornets found a bit of form lately as they will be looking to build on a three-game win streak after sneaking past the Pacers in a 122-120 home win on Tuesday. Devonte' Graham led the team with 35 points and six assists off the bench, Terry Rozier added 22 points while Miles Bridges chipped in with 18 points on eight of 10 shooting. As a team, the Hornets shot just 47 percent from the field and 10 of 31 from the 3-point line, but they were able to turn it on when they needed it most as they outscored the Pacers by 35-21 in the fourth quarter to force overtime.

The Hornets endured a slow start to the season, but they've picked it up lately with three wins on the trot including a win over the in-form pacers on Tuesday. However, the Celtics have been hot for a while now and they'll only get better if Hayward continues to build on his career-high 39 points in the win over the Cavaliers on Tuesday. The Cetlics are 12-3-1 ATS in the last 16 meetings and I think that trend should continue here as the turnover-prone Hornets should struggle against the red-hot Celtics who are getting it done despite obvious growing pains.