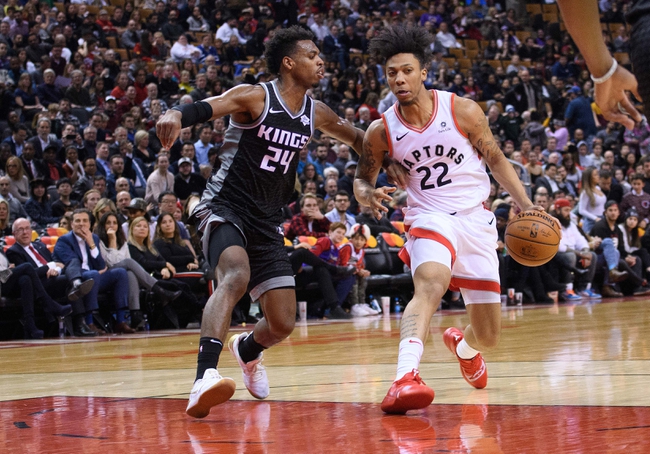 Where to Watch: SNET, NSCA Stream live sports and exclusive originals on ESPN+. Sign up now!

The Toronto Raptors play host to the slow-starting Sacramento Kings at the Scotiabank Arena on Wednesday night.

The Sacramento Kings started their season with five straight defeats, but they will be gunning for a third straight victory after blowing past the struggling Knicks in a 113-92 road win on Sunday. De'Aaron Fox led the team with 24 points and six assists, Buddy Hield drained five 3-pointers on his way to 22 points while Harrison Barnes chipped in with 19 points. As a team, the Kings shot 48 percent from the field and 15 of 39 from the 3-point line as they never looked back after taking a 20-point lead going into halftime.

Meanwhile, the Toronto Raptors have hit the ground running this season with four wins in their first five games but they will be hoping to bounce back after having their three-game win streak snapped by the Bucks in a 115-105 road loss on Saturday. Kyle Lowry led the team with 36 points and six assists on 11 of 18 shooting, Pascal Siakam added just 16 points while Serge Ibaka chipped in with 11 points and four blocks off the bench. As a team, the Raptors shot just 40 percent from the field and 15 of 36 from the 3-point line, but poor shooting in the first quarter meant they were always trailing.

The Kings are finally starting to show signs of life with a couple of wins on the trot following a five-game skid, but the Raptors have been solid from opening night and they're looking to bounce back after losing on Saturday. I'm tempted to go with the Kings and the hefty start, but I'm still not convinced about their form as their win over the Knicks doesn't mean too much. The Raptors are coming off a tough loss and they will be well-rested as they haven't played since Saturday, so I'm going with the Raptors to get the win and cover here against the unproven Kings.