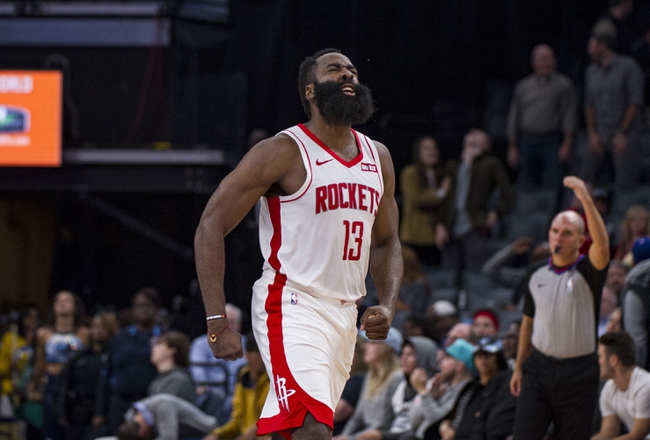 The Golden State Warriors pay a visit to the Houston Rockets at the Toyota Center on Wednesday night.

The Golden State Warriors have had a dramatic start to the season with five losses in their first seven games, but they will be hoping to build some momentum after snapping a three-game skid with a 127-118 home win over the Trailblazers on Monday. Eric Paschall led the team with 34 points and 13 rebounds, Ky Bowman added 19 points with eight assists while Damian Lee chipped in with 18 points off the bench. As a team, the Warriors shot 48 percent from the field and 10 of 25 from the 3-point line as they set the tone with 34 points in the first quarter before pouring in 67 points in the second half to hold off the Trailblazers late.

Meanwhile, the Houston Rockets have won four of their first seven games of the season and they will be looking to build on Monday's 107-100 road win over the young Grizzlies. James Harden broke out of a shooting slump to pour in 44 points with 10 rebounds and six assists, Eric Gordon added 16 points in a starting role in place of Russell Westbrook who was rested for the game, while Clint Capela chipped in with 10 points and 13 rebounds. As a team, the Rockets shot just 37 percent from the field and 17 of 50 from the 3-point line, but solid defense in the third quarter and timely scoring in the fourth quarter allowed the Rockets to escape with the narrow win.

The Warriors really needed a win to get out of their slump and they were good enough to do that against the Trailblazers on Monday. The Rockets have been able to win four of their first seven games despite some major issues on defense, but they too will be feeling confident after a gritty win over the young Grizzlies. The makeshift starting lineup of the Warriors was able to get the job done at home in front of a big crowd, but the Rockets are a motivated team, hungry for a statement win to get their season going. I'm sure the Warriors will get off to another inspired fast start and I wouldn't be surprised if they pulled off the upset, but this is a game the Rockets simply can't lose if they're serious about contending this season. Give me the Rockets to get the easy win, but I think the Warriors hang around just long enough to get the backdoor cover.