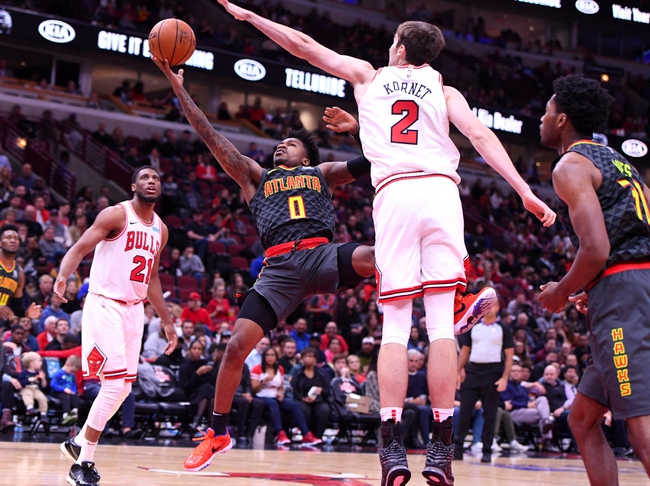 Where to Watch: NBCH, FSSE Stream live sports and exclusive originals on ESPN+. Sign up now!

The Chicago Bulls and Atlanta Hawks meet Wednesday in NBA action at the State Farm Arena.

The Chicago Bulls just blew a monster lead to the Los Angeles Lakers and with a young team, it's the type of loss that could have an impact in future games. The Atlanta Hawks just snagged their best win of the season against a solid Spurs club, and they're a team that has a different pep in its step with Trae Young on the court. I don't really want much to do with the Chicago Bulls in their current form, and I also like that the Hawks don't have to travel on the end of their back to back. I'll lay the small chalk with the Hawks at home.