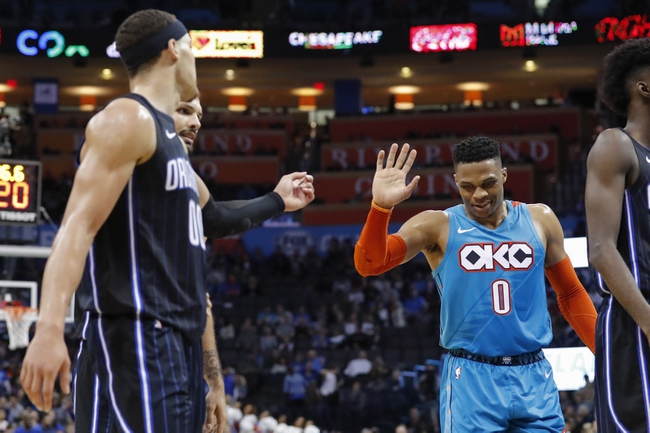 Where to Watch: FSOK, FSFL Stream live sports and exclusive originals on ESPN+. Sign up now!

The Oklahoma City Thunder have been better than expected up to this point, and they're a young squad that competes its tail off and can hit the outside shot. The Orlando Magic haven't played to what we expected after making the playoffs last season and have been downright awful on the offensive end. With that said, I still think it's fair to say the Magic are still the better team and should break out of this slump eventually. I enjoy taking the better team and free points, and I'm going to do that here as well.