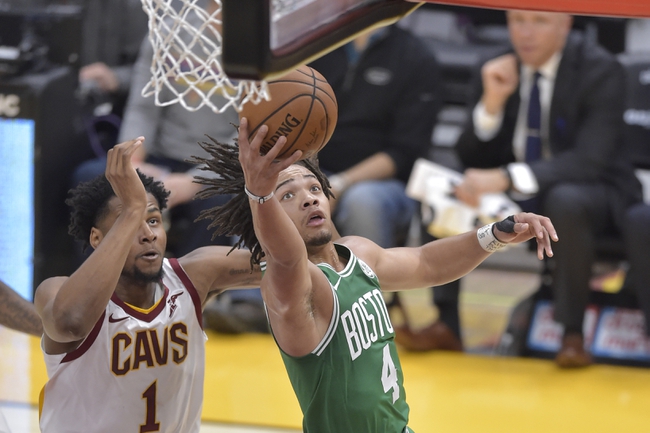 Where to Watch: NBSB, FSOH Stream live sports and exclusive originals on ESPN+. Sign up now!

The Cleveland Cavaliers play host to the Boston Celtics at the Quicken Loans Arena on Tuesday night.

The Boston Celtics have been in nice form to start the season as they will be gunning for a fifth straight victory after sneaking past the Knicks in a 104-102 on Friday. Kemba Walker led the team with 33 points and five assists, Jayson Tatum added 24 points while Gordon Hayward chipped in with 13 points, nine rebounds and four assists. As a team, the Celtics shot 44 percent from the field and 11 of 34 from the 3-point line as they struggled to put away the pesky Knicks until the final seconds where Tatum was able to seal the deal with a clutch game winner with 1.3 seconds left on the clock.

Meanwhile, the Cleveland Cavaliers have started their season with just two wins in their first six games and they will be hoping to avoid a third straight defeat after getting blown out by the Mavericks in a 131-111 home loss on Sunday. Kevin Love led the team with 29 points and eight rebounds, Jordan Clarkson added 17 points off the bench while Tristan Thompson chipped in with 11 points, 12 rebounds and four assists. As a team, the Cavaliers shot just 40 percent from the field and 18 of 48 from the 3-point line which was good enough to take the lead late in the third quarter, until the Mavericks took over the game with a 35-15 run to make it a blowout.

On paper, the Celtics should be more than good enough to take care of business against the struggling Cavaliers, but they are just 1-4 ATS in the last five meetings in Cleveland and there's always a chance of a letdown performance after such a thrilling win. This one could be closer than expected, but the Celtics will be well-rested coming into this one and I think t hey can stay hot with a win and cover here.