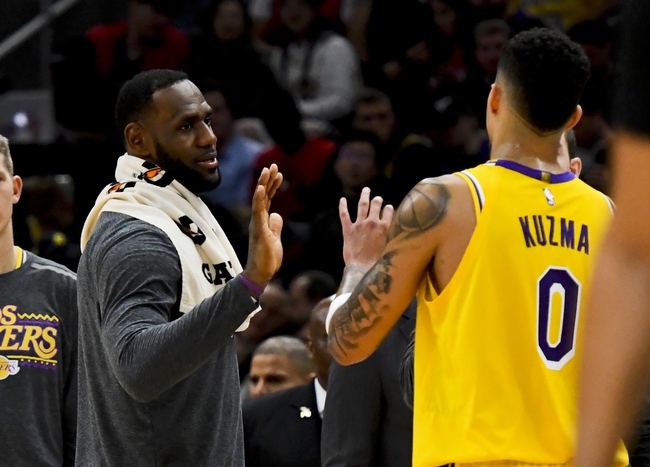 There were plenty of questions about the Los Angeles Lakers when they lost their season opener, but they’re now gunning for a sixth straight victory after taking down the Spurs in a 103-96 road win on Sunday. Anthony Davis led the team with 25 points, 11 rebounds and four blocks, LeBron James racked up a triple-double of 21 points with 11 rebounds and 13 assists while Avery Bradley chipped in with 16 points on seven of nine shooting. As a team, the Lakers shot 48 percent from the field and six of 24 from the 3-point line as they dominated the Spurs in the early going to lead by as many as 19 points before having to hold of a late rally in the fourth quarter.

Meanwhile, the Chicago Bulls have yet to get out of second gear this season as they’ve won just two of their first seven games and they will be hoping to bounce back after falling to the Pacers in a 108-95 road loss on Sunday. Zach LaVine led the team with 21 points, Wendell Carter Jr. added 20 points and 10 rebounds on nine of 10 shooting, while Lauri Markkanen chipped in with just 11 points. As a team, the Bulls shot just 41 percent from the field and nine of 30 from the 3-point line, so it’s hard not to point the finger at Markkanen who has yet to get going this season and Otto Porter Jr. who scored just four points on one of 10 shooting.

The Lakers are still a major work in progress, but they're already a dangerous team as they're gunning for a sixth straight win here. The Bulls have been a disappointment so far this season and a statement win could really get their season going, but the Lakers are 4-0-1 ATS in the last five meetings and I think that trend continues as James and Davis should be too much for a young Bulls team struggling for an identity.