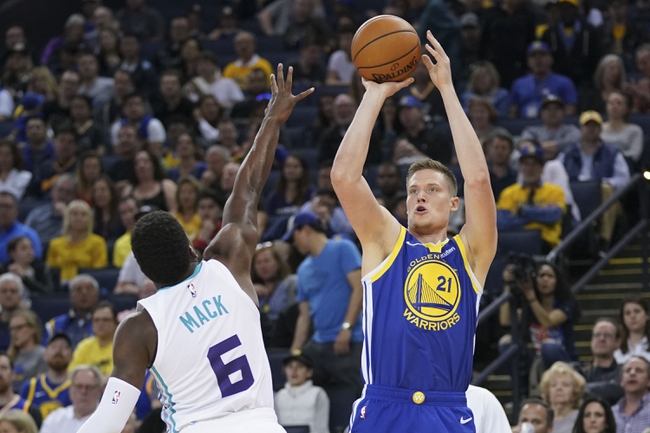 The Charlotte Hornets and Golden State Warriors meet Saturday in NBA action at the Chase Center.

I'm not sure why I would lay a point with the Golden State Warriors, a team riddled with injuries, has little to no talent or experience and is on the end of a back to back. Say what you want about the Charlotte Hornets, but they've shot the ball well this season and are a scrappy bunch that competes every night. The Warriors are a sinking ship and there's nobody returning this season to save them. The Charlotte Hornets should win this game, so getting a free point with them on top of it makes it impossible to turn down.