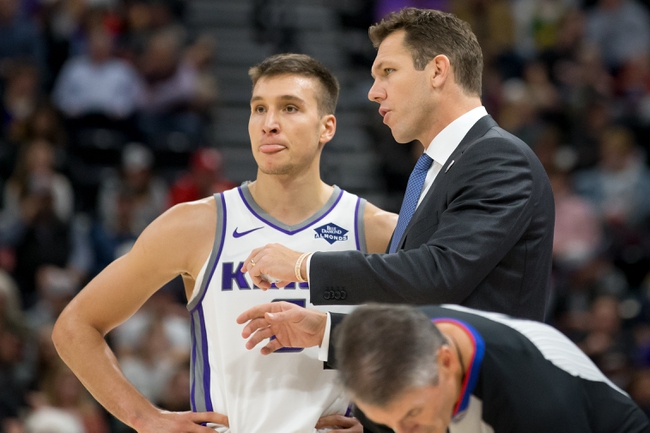 The Utah Jazz pay a visit to the Sacramento Kings at the Golden 1 Center on Friday night.

The Utah Jazz have hit the ground running this season with four wins from their first five games and they will be gunning for a fourth straight win after making light work of the shorthanded Clippers in a 110-96 home win on Wednesday. Mike Conley led the team with 29 points and five assists, Donovan Mitchell added 24 points while Bojan Bogdanovic chipped in with 14 points. As a team, the Jazz shot a sizzling 55 percent from the field and 11 of 24 from the 3-point line as they wrestled with the gritty Clippers in a tightly contested first half, before breaking the game open with a 38-20 third quarter explosion. However, the Clippers were without their best player in Kawhi Leonard who was rested for the game, so they weren’t at full strength.

Meanwhile, the Sacramento Kings are still searching for their first win of the season after falling to the Hornets by 118-111 for their fifth straight loss on Wednesday. Buddy Hield led the team with 23 points and four assists, Harrison Barnes added 22 points while De’Aaron Fox chipped in with 16 points, seven rebounds and 10 assists. As a team, the Kings shot 45 percent from the field and 14 of 46 from the 3-point line as they poured in 66 points in the first half, only to see their hard work go to waste in the third quarter where the Hornets outscored them by 32-18.

The Jazz have been one of the form teams at this early stage of the season and they will be full of confidence following their win over the highly touted Clippers on Wednesday. The Kings are still fighting for their first win of the season and things only went from bad to worse following their loss to the rebuilding Hornets in which they blew a 14-point lead. The Kings just haven't found their feet at all and they are 0-4 ATS in their last four home games, so I'm definitely leaning towards the in-form Jazz to stay hot with an easy win and cover here.