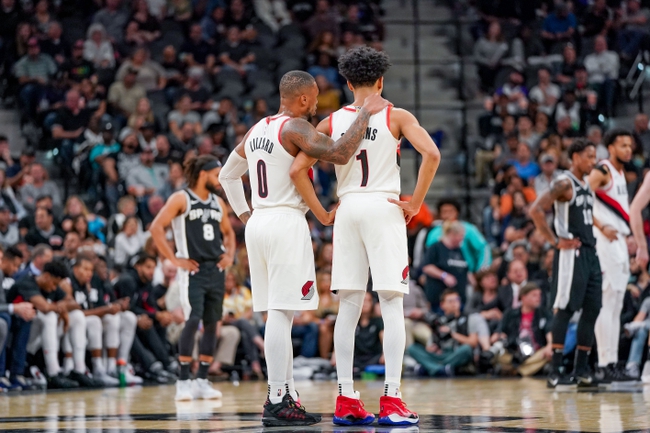 The Oklahoma City Thunder play host to the Portland Trailblazers at the Chesapeake Energy Arena on Wednesday night.

The Portland Trailblazers have split their first four games to start the season, but they will be hoping to bounce back after having their two-game win streak snapped by the Spurs in a 113-110 road loss on Monday. Damian Lillard led the team with 28 points, nine rebounds and seven assists, CJ McCollum added 27 points with five assists while Rodney Hood chipped in with 11 points. As a team, the Trailblazers shot just 39 percent from the field and 10 of 33 from the 3-point line as they stormed out of the gates to an early 25-8 lead, only to get run down in the third quarter where they were outscored by 37-20. The Trailblazers would rally with 39 points in the fourth quarter, but they just left themselves too much ground to make up.

Meanwhile, the Oklahoma City Thunder have lost three of their first four games of the season and they will be in need of a win after falling just short to the Rockets in a 116-112 road loss on Monday. Shai Gilgeous-Alexander led the team with 22 points, nine rebounds and four assists, Dennis Schroder added 22 points with seven assists off the bench while Chris Paul chipped in with 15 points and four assists against his former club. As a team, the Thunder shot 43 percent from the field and 13 of 35 from the 3-point line as they poured in 35 points in the first quarter, only to see their lead disappear in the third quarter where the Rockets outscored them by 39-18.

The Trailblazers have yet to really find their groove this season, but they were able to lean on their reliable backcourt of Lillard and McCollum. The Thunder are in a major rebuilding season, but they’ve already beaten the Warriors and two of their three losses were by five points or less, so they’ve been competitive. The Thunder seem like decent value as the home underdog here, but in what is basically a coin flip, I’d rather have my money on the Trailblazers’ backcourt duo.