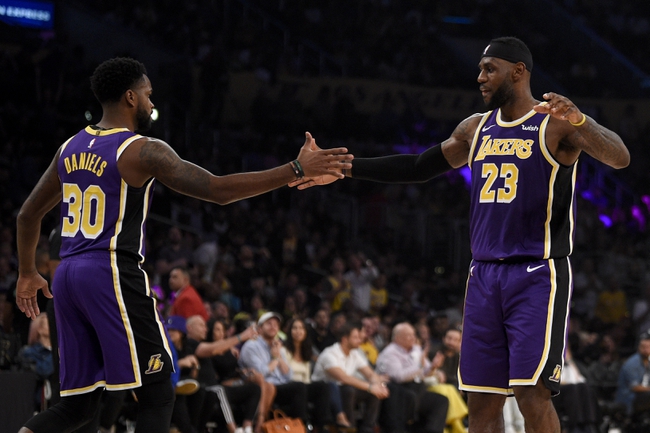 The Charlotte Hornets pay a visit to the Los Angeles Lakers at the Staples Center on Sunday night.

The Charlotte Hornets will be hoping to avoid a second straight defeat after getting blown out by the Timberwolves in a 121-99 home loss on Friday. Devonte' Graham drained six 3-pointers to lead the team with 24 points and four assists off the bench, Miles Bridges added 17 points while Terry Rozier chipped in with 11 points and 10 assists in just 18 minutes of action as he battled foul trouble. As a team, the Hornets shot just 44 percent from the field and 12 of 29 from the 3-point line as they stormed out to an early 15-point lead, only to get blown out in the third quarter where the Timberwolves outscored them by 45-25 as they just had no answer for Karl Anthony Towns who poured on 37 points.

Meanwhile, the Los Angeles Lakers will be breathing a sigh of relief after Friday's 95-86 home win over the Jazz. LeBron James shook off a rusty opening game as he poured in 32 points with seven rebounds and 10 assists, Anthony Davis added 21 points with seven rebounds and five blocks while Troy Daniels chipped in with 15 points off the bench. As a team, the Lakers shot just 39 percent from the field and eight of 26 from the 3-point line, but they did their damage in the third quarter where they outscored the Jazz by 31-18 to lead by as many as 21 points before pulling their starters.

The Hornets have looked like a complete mess so far this season and they're really lacking the scoring weapons to hang with teams, but this still feels like a lot of points to be laying at this early in the season to a Lakers team who are still going through some growing pains. I don't see how the Lakers don't win this at home, but the Hornets are 10-3-1 ATS in the last 14 meetings in Los Angeles and I think they'll hang around just long enough to get the cover here.