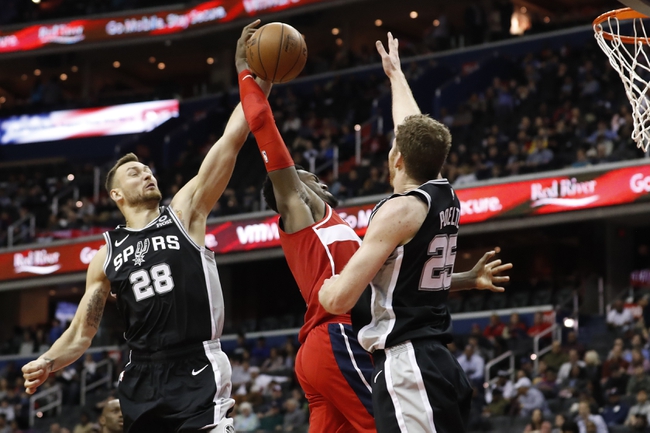 Where to Watch: NSWA, KENS Stream live sports and exclusive originals on ESPN+. Sign up now!

The Washington Wizards and San Antonio Spurs meet Saturday in NBA action at the AT&T Center.

The San Antonio Spurs didn't look good in their preseason and allowed the Knicks to hang around in their season opener, so there's some question make hanging over this team right now. The Washington Wizards are one of the worst records in the league outside of Beal, but they handled business in a big underdog spot against OKC. Also, laying double-digit chalk at this point in the season when guys are still getting their legs under them isn't something I'm trying to do. There's better options on Saturday's card, but I'll take the points if forced to pick.