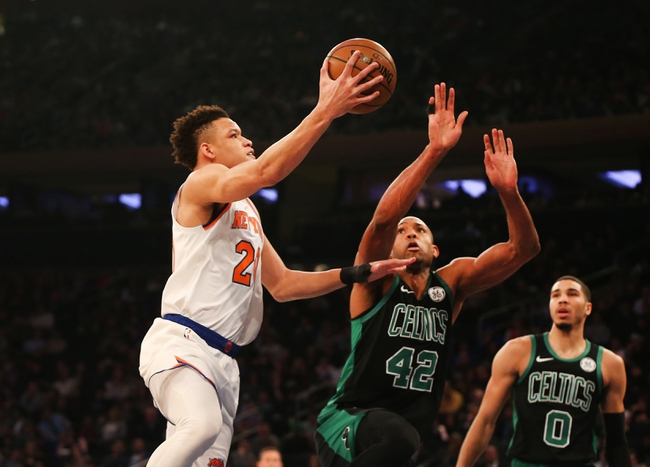 The Boston Celtics are obviously the more talented team and they showed promise last night in a win over the Raptors, but they're also a team still figuring out the pecking order with so many new players. The New York Knicks have lost both games, but they've been competitive in both meetings against the Spurs and Nets, and they should have a ton of confidence after making a big comeback against the Nets, a game they probably should have won late. I'll take my chances with the Knicks and the points in their home opener.