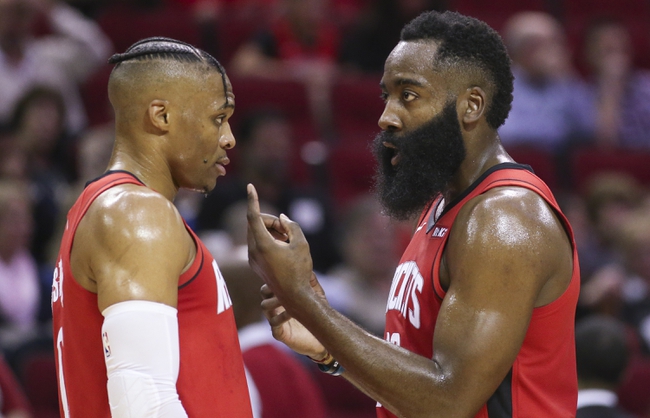 Where to Watch: ATSW, FSNO Stream live sports and exclusive originals on ESPN+. Sign up now!

The Houston Rockets and the New Orleans Pelicans duke it out at the Toyota Center on Saturday night.

The New Orleans Pelicans will be aiming to avoid a third straight loss after falling to the Mavericks in last night's 123-116 home loss. Brandon Ingram led the team with 25 points, eight rebounds, three assists and three blocks while Josh Hard and Derrick Favors each scored 16 points. As a team, the Pelicans shot 45 percent from the field and 15 of 41 from the 3-point line as they stormed out to a 15-point lead, but they were always trailing after a disastrous second quarter where they were outscored by 45-23. Lonzo Ball had a nice outing of 15 points with eight rebounds and five assists but Jrue Holiday will be hoping to bounce back after scoring just eight points on two of 11 shooting.

Meanwhile, the Houston Rockets will be hoping to bounce back after falling just short to the Bucks in a 117-111 home loss on Thursday night. Russell Westbrook led the team with 24 points, 16 rebounds and seven assists, James Harden added 19 points with 14 assists but shot just two of 13 from the field while PJ Tucker chipped in with 17 points. As a team, the Rockets shot just 36 percent from the field and they committed a total of 14 turnovers which just wasn't enough to hold off the Bucks despite leading by 16 points at halftime. Eric Gordon had a rough shooting night as he made just four of 19 from the field to finish with 11 points.

The Rockets will be kicking themselves after letting the Bucks slip out of their grasp despite leading by 16 points at halftime, but there were plenty of positives from that loss as Westbrook looked great in his debut for his new team. Harden and Gordon combined to shoot six of 32 from the field and they only just lost to the Bucks by six, so I'm expecting the Rockets to bounce back with a win and cover here while the Pelicans are still figuring out how to play together.