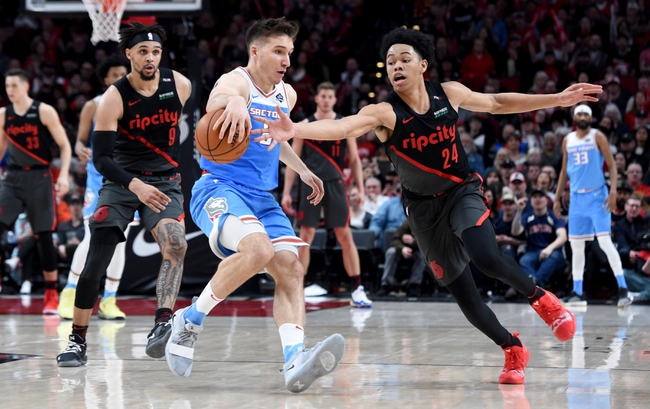 Where to Watch: NSCA, NSNW Stream live sports and exclusive originals on ESPN+. Sign up now!

The Portland Trail Blazers and Sacramento Kings meet Friday in NBA action at the Golden 1 Center.

The Sacramento Kings are a young squad moving in the right direction and pushed for a playoff seed last year, but that doesn't excuse the fact they just got torched by the Suns, a non-playoff team that doesn't have a whole lot of talent at the moment. One game, sure, but it's a clear reminder the Kings are still very young and are prone to stretches of stinky basketball. The Portland Trail Blazers will be eager to get a bad taste out of their mouth after losing to the Nuggets thanks to horrible perimeter defense, and McCollum likely won't have two poor performances in a row. The Trail Blazers also haven't started a season 0-2 since 2007-08. I'll gladly take the better team and the free bucket.