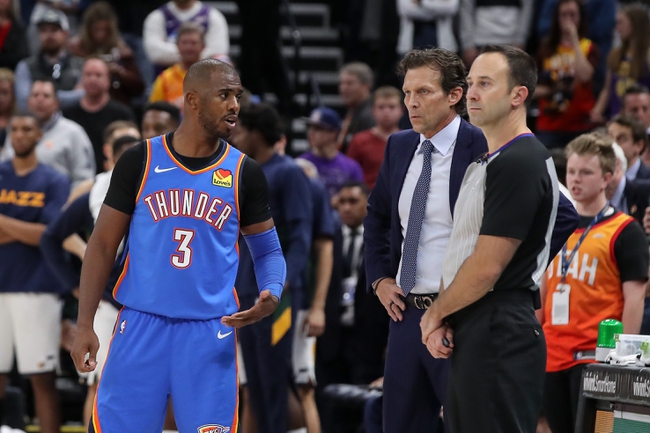 Where to Watch: NSWA, FSOK Stream live sports and exclusive originals on ESPN+. Sign up now!

The Oklahoma City Thunder may have earned some attention after taking the Jazz down to the wire in their opener and getting solid play from CP3 and Gilgeous-Alexander. I'm not buying it until I see consistency from this group. The bottom line is that the Wizards and Thunder are two of the worst rosters in the league and I'm not laying big chalk with either of these teams. The Oklahoma City Thunder obviously have a brighter future with some young players on the rise and a treasure chest of draft picks, but they're going to lose a lot of games this year. I'll take my chances with the boatload of points and the Wizards, who will also have the best player on the court in this game in Bradley Beal.