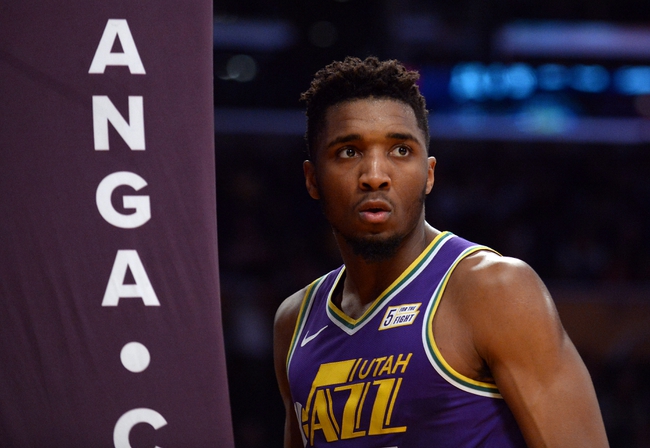 The Los Angeles Lakers play host to the Utah Jazz at the Staples Center on Friday night.

The Utah Jazz will be looking for a second straight win to start the season after sneaking past the Thunder in a hard-fought 100-95 home win on Wednesday. Donovan Mitchell led the team with 32 points, 12 rebounds and three assists, Bojan Bogdanovic added 16 points while Royce O’Neal chipped in with 14 points. As a team, the Jazz shot 44 percent from the field and just six of 24 from the 3-point line as they fell behind by eight points early in the fourth quarter, before they went on a decisive 21-10 run on the back of their defense. Mike Conley played his first game for his new team but had himself a night to forget as he scored just five points on one of 16 shooting from the field.

Meanwhile, the Los Angeles Lakers will be hoping to bounce back after falling the Clippers in a 112-102 road win on opening night. Danny Green suited up for his first game as a Laker and broke the record for most points in a Lakers debut with 28 points on 10 of 14 shooting, Anthony Davis added 25 points with nine rebounds and five assists while LeBron James chipped in with 18 points, 10 rebounds and eight assists. As a team, the Lakers shot just 43 percent from the field and 13 of 33 from the 3-point line, but their second unit had no match for the Clippers’ reserves as they were outscored by 60-19.

The Jazz look like a work in progress with Conley still finding his way on the offensive side, but they were still good enough to get the job done with their defense on opening night. The Lakers are expectedly going through some growing pains, so I wouldn’t be surprised if they drop a few more games early on. The Jazz are 11-5 ATS in their last 16 road games, so while I’m tempted to take the Lakers to bounce back, I think the better bet is with the Jazz and the points in what should be a low-scoring affair.