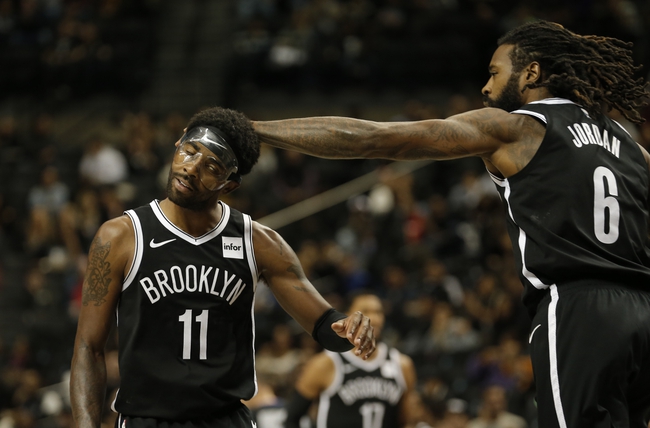 The Brooklyn Nets play host to the New York Knicks at the Barclays Center on Friday night.

The New York Knicks will be gunning for their first win of the season after falling just short to the Spurs in a 120-111 road loss on Wednesday. Marcus Morris led the team in scoring with 26 points on nine of 18 shooting, Julius Randle added 25 points with 11 rebounds, six assists and three steals while RJ Barrett chipped in with 21 points on nine of 13 shooting. As a team, the Knicks shot 46 percent from the field and 10 of 30 from the 3-point line as they recovered from a slow start to lead by six points early in the fourth quarter until the Spurs broke the game open with a 20-2 run to make it look easy in the end.

Meanwhile, the Brooklyn Nets will be hoping to bounce back from a tough loss themselves as they rallied all the way back from a 17-point deficit only to fall just short to the Timberwolves in a 127-126 overtime loss. Kyrie Irving made his debut for his new team and did not disappoint as he poured in 50 points on 17 of 33 shooting to go along with eight rebounds and seven assists, Caris LeVert added 20 points while Taurean Prince chipped in with 15 points and 11 rebounds. As a team, the Nets shot 47 percent from the field and 15 of 34 from the 3-point line but it just wasn’t good enough as Irving lost his footing before missing the game winner by the smallest margin.

Head to head, the under is 5-0 in the last five meetings and the Knicks are 6-2 ATS in the last eight meetings.

The Knicks will be able to pull out many positives from their loss to the Spurs because they were able to get big nights from Randle, Morris and Barrett. The Nets will still be hurting from their narrow loss on Wednesday, especially Irving who hit the ground running with a 50-point game. The Nets are just 1-5 ATS in their last six home games and the Knicks are 6-2 ATS in the last eight meetings overall, but with Irving already in mid-season form, I'm leaning towards the Nets to claim their first home win of the season.