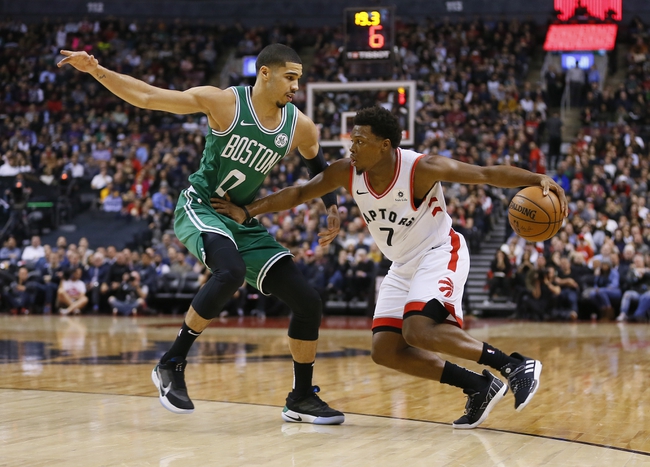 The Toronto Raptors travel to the TD Garden to battle the new-look Boston Celtics on Friday night.

The Toronto Raptors will be aiming for a second straight win to start the season after taking down the Pelicans in a thrilling 130-122 home win on opening night. Pascal Siakam re-signed a max extension in the offseason and looked like a bargain as he led the team with 34 points, 18 rebounds and five assists. Fred VanVleet added 34 points on 12 of 18 shooting to go along with seven assists while Kyle Lowry chipped in with 22 points and six assists. As a team, the Raptors shot just 40 percent from the field but when the game was on the line, they were able to put the clamps on the Pelicans and hold them to just five points in overtime where they ran away with it.

Meanwhile, the Boston Celtics will be hoping to bounce back after falling to the 76ers in a 107-93 road loss on Wednesday. Gordon Hayward led the team with 25 points on eight of 15 shooting, Jayson Tatum added 21 points with 10 rebounds while Enes Kanter chipped in with 12 points. Kemba Walker struggled in his debut as he managed just 12 points on four of 18 shooting as the Celtics shot just 36 percent from the field and seven of 26 from the 3-point line. Despite the team’s poor shooting, the Celtics were always in the contest until the 76ers pulled away midway through the fourth quarter behind a 13-1 run sparked by Ben Simmons.

The Raptors made sure their ring ceremony night was not spoiled on Wednesday as they came out guns blazing to win behind big nights from Siakam and VanVleet. The Celtics really weren’t that far from the 76ers in their last outing, but missed free throws and a poor shooting night from Walker really hurt them. The Raptors are 11-5 ATS in the last 16 meetings overall but just 0-4 ATS in the last four meetings in Boston. The Raptors played well to take down the Pelicans in their season opener while the Celtics looked like a mess at times in their loss to the 76ers. I'm expecting a better effort from the Celtics at home, but I'm still sticking with the Raptors with the points in what should be a close one.